iOS developer and code sleuth, Guilherme Rambo, writing for 9to5Mac, has again discovered an icon in iOS 12 which again reaffirms new iPad Pro models are coming next week from Apple:

Today, a new icon found within iOS offers a more detailed view of the 2018 iPad Pro, which we expect to be announced during the Tuesday event in Brooklyn. This icon shows an iPad with rounded corners, no Home button and no notch. An interesting aspect of this icon is how large the bezels look when compared to the recent iPhones. 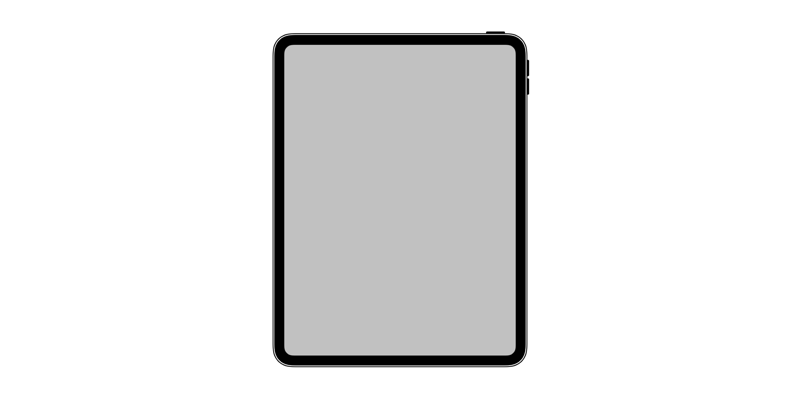 The icon seen above shows an iPad with thinner bezels and rounded corners, without a Home button. The sleep/wake icon remains in the upper left corner, while volume buttons are still on the side. Bezels aren’t as thin as the ones on Apple’s latest iPhone XS and iPhone XS Max, but with an iPad, you do need an area to hold onto the tablet.

Back in August, Rambo discovered new asset images in iOS 12 beta which showed an iPad icon with thinner bezels and no Home button. Subsequent findings by the developer hinted at an iPad with rounded corners, and of course Face ID.

The image found in iOS 12 above looks to resemble previous renders shared by @OnLeaks, which may indeed be accurate, according to what the rumour mill has said so far. @OnLeaks says he was skeptical of the first 2018 iPad Pro renders he shared, but now he believes it could be legit:

I was skeptical regarding the accuracy of my very first look at 2018 #iPadPro leak but more and more whispers suggests I nailed this one as well… Wait & See… ??? https://t.co/XGajtb7lF3

We’ll find out what Apple has in store exactly when they host their special event on Tuesday, October 30, 2018, in Brooklyn, New York.