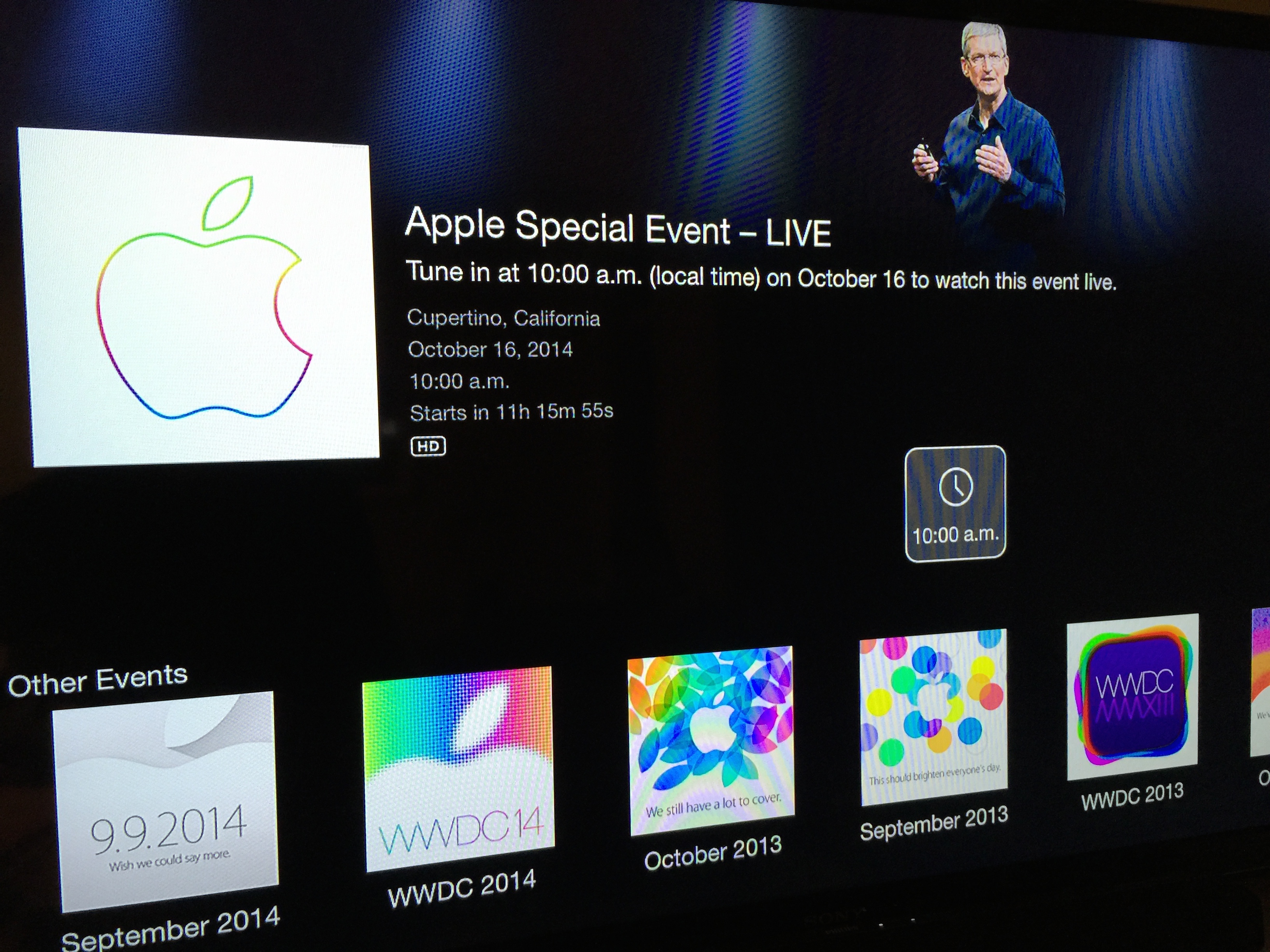 Just hours ahead of today’s special event, the “Apple event” channel has appeared on Apple TV, users are reporting.

So, in case you have an Apple TV, you can watch the iPad event on the bigger screen of your television set. But you can use any of your iDevices or Mac computer to watch the keynote, as Apple will stream it live on its website as well.

Apple is expected to announce the next-generation iPads today – the iPad Air 2 and the iPad mini 3 – and new Mac computers, especially the iMac with 5K display.

As we previously reported, Apple accidentally confirmed the new iPads with Touch ID, but there is more than that. Also today, the latest desktop operating system will go official and, as will iCloud Drive, unleashing features locked down for a month since iOS 8 was pushed out.