Apple is reportedly prepping a pair of new iPads for release next year. 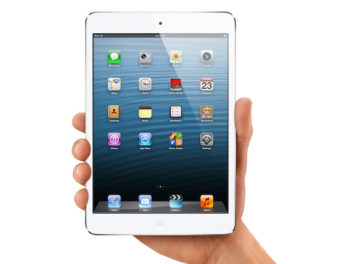 According to sources in the Apple supply chain cited by the China Times (via MacRumors), the new iPad mini could be released sometime in early 2019 alongside a revamped standard iPad, with both refreshed iPads potentially going into production before the end of the year.

If the report is to be believed, a new iPad mini will start being mass produced soon and will go on sale during the first half of 2019. If accurate, this would be the 5th-generation iPad mini, following the iPad mini 4 released at the end of 2015.

The device likely won’t come with many significant updates, but look for it to come with a cheaper LCD screen and a processor boost. Pricing is unknown, but it’s believed that the tablet will be on the cheaper side.

Besides the new iPad mini, Apple is reportedly replacing its 9.7-inch iPad with a new entry-level model featuring a 10-inch screen and narrower bezels, reads the report. This device should launch in the second half of 2019.

China Times says the upcoming 10-inch iPad will sport a “narrower frame” than its predecessor and a similar price, according to MacRumors, and it’s expected to debut in the second half of 2019. As for what actually comes to pass remains to be seen.

Both tablets will likely go official in March or April. If that doesn’t happen, Apple might announce them during WWDC in May or June. Either way, don’t be surprised if a new iPad mini joins the iPad (2019) next year.

In related news, some all-new iPad Pro models are shipping with a slightly bent chassis, something that the Cupertino company doesn’t consider a defect.