As promised, the iPhone Dev Team has released jailbreak tools for iOS 4.3.1. As stated on their blog, you can now download redsn0w 0.9.6rc9 and PwnageTool 4.3.

The details are below:

Three years ago (almost to the day!), the first version of PwnageTool was released for firmware 1.1.4. Â So today weâ€™re excited to release another edition of both PwnageTool and redsn0w to bring an untethered jailbreak for Appleâ€™s latest firmware, FW 4.3.1.

The 4.3.1 untether exploit comes courtesy of Stefan Esser (@i0n1c on twitter), a security researcher based in Germany. Â Stefan has aÂ long history of vulnerability research, and ironically his first contribution to the iPhone jailbreak community wasÂ improved security â€” last year he beat Apple to the punch and implemented ASLR for jailbroken iPhones with his â€œantid0teâ€ framework. Weâ€™re happy to see that Stefan then turned his iPhone attention over to an untethered jailbreak exploit!

The 4.3.1 untether works on all devices that actually support 4.3.1Â except for the iPad2:

The reason the untether wonâ€™t work as-is on the iPad2 is that it requires a bootrom or iBoot-level exploit to install, and the iPad2 is not susceptible to either the limera1n or SHAtter bootrom exploits.

WARNING WARNING â€” ultrasn0w users donâ€™t update yet! We need to first release an update to ultrasn0w that fixes some incompatibilities when FW 4.3.1 is used on the older basebands supported by ultrasn0w. Â And remember once we do fix ultrasn0w for 4.3.1 (weâ€™ll announce it here and on twitter), you must only get there via a custom IPSW from PwnageTool, Sn0wbreeze or xpwn! Â Donâ€™t ever try to restore or update to a stock IPSW, or youâ€™ll lose the unlock!

For everyone else, redsn0w is the easier program to use (and redsn0w runs on both Mac and Windows). Â Please check out places likeÂ iClarified for some excellent guides on how to use both PwnageTool and redsn0w.

Feel free to ask for help in our comments section. Â Thanks once again to our fantastic moderators for volunteering their time and knowledge and keeping order: Confucious, sherif_hashim, dhlizard, Frank55, and subarurider! 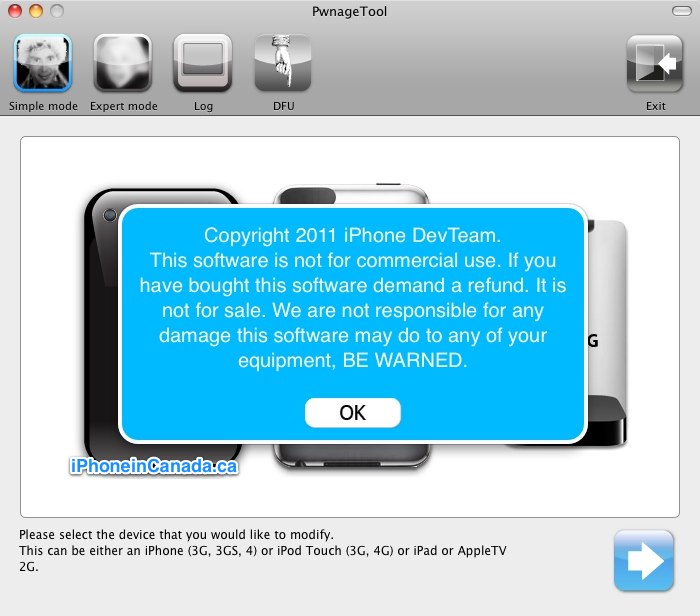 More as this story develops…

Thanks to everyone who sent us emails and tweets!