The latest range of MacBook Pros was met with both tepid responses and tons of excitement when Apple unveiled it last week. Adding to the hype end of things, a new report from 9to5Mac suggests that even a better MacBook Pro is on the way next year. 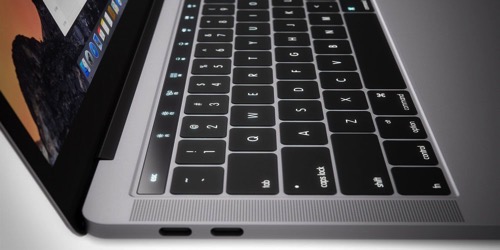 A research note from firm KGI Securities details news regarding the 2017 MacBook Pro line. Ming-Chi Kuo, the well-known Apple analyst believes the laptops will receive a significant upgrade to their processing capacity, as well as a refreshing price cut.

According to Kuo, MacBook Pros are generally over-priced when first released on the market. As such, he believes that we will likely see a drop in the price of the 2016 MacBook Pro variants in the second half of next year. Kuo also states that he believes that Apple will release refreshed versions of the laptop line that feature 32GB of RAM around the same time next year.

The analyst does state, however, that this timeline is dependent on the release of Intel‘s upcoming Cannonlake processors.

The upcoming CPU is expected to consume significantly less power than its predecessors, Skylake and Kaby Lake. The power saved could then in turn be used to increase the amount of RAM. Phil Schiller, an Apple exec, recently stated that Apple didn’t include a 32 GB RAM option on the new MacBook Pro models specifically due to power consumption.

It’s tough to say for sure what Apple’s pricing strategy will be for next year, but it’s worth keeping in mind that while Kuo has quite an impressive track record when it comes to Apple, he is only an analyst, so one cannot take his word as gospel.

Would you be excited for the release of a 32GB RAM MacBook Pro option? We know you’d all like to see a price drop.