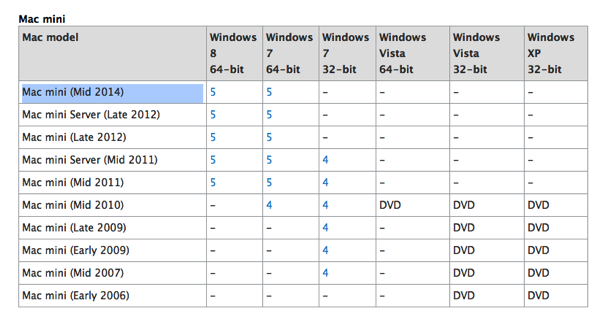 A Bootcamp support page inadvertently revealed that Apple may have ready an iMac and a Mac mini refresh imminently. The leak was uncovered by 9to5Mac yesterday who noticed the support for an, as yet, unreleased Mac mini, and reinforced by French site Consomac today with the 27-inch iMac (mid 2014). The page has been updated since then. 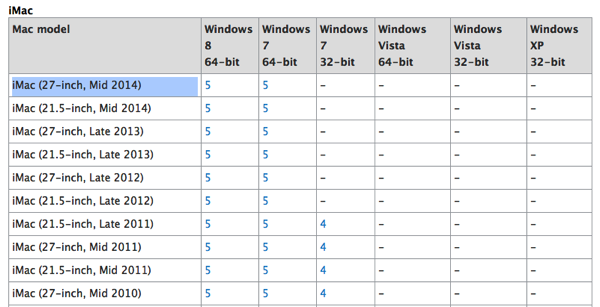 What’s interesting though is that a search for “mid 2014” keyword reveals three matches: a 27-inch iMac, 21.5-inch iMac and Mac mini. Now, if we consider that Apple has released a low-end iMac just last month, we may want to exclude the 21,5-inch iMac from the list.

If you are looking for iMac 15,1 referenced in earlier Mac OS X betas, you have found it: the low-end 21.5-inch iMac released in June is one of the models listed with iMac15,1 model identifier. However, the page lists a 27-inch model with mid 2014 release. So, it could be a new product, maybe a Retina model? Or maybe just errors on the page?