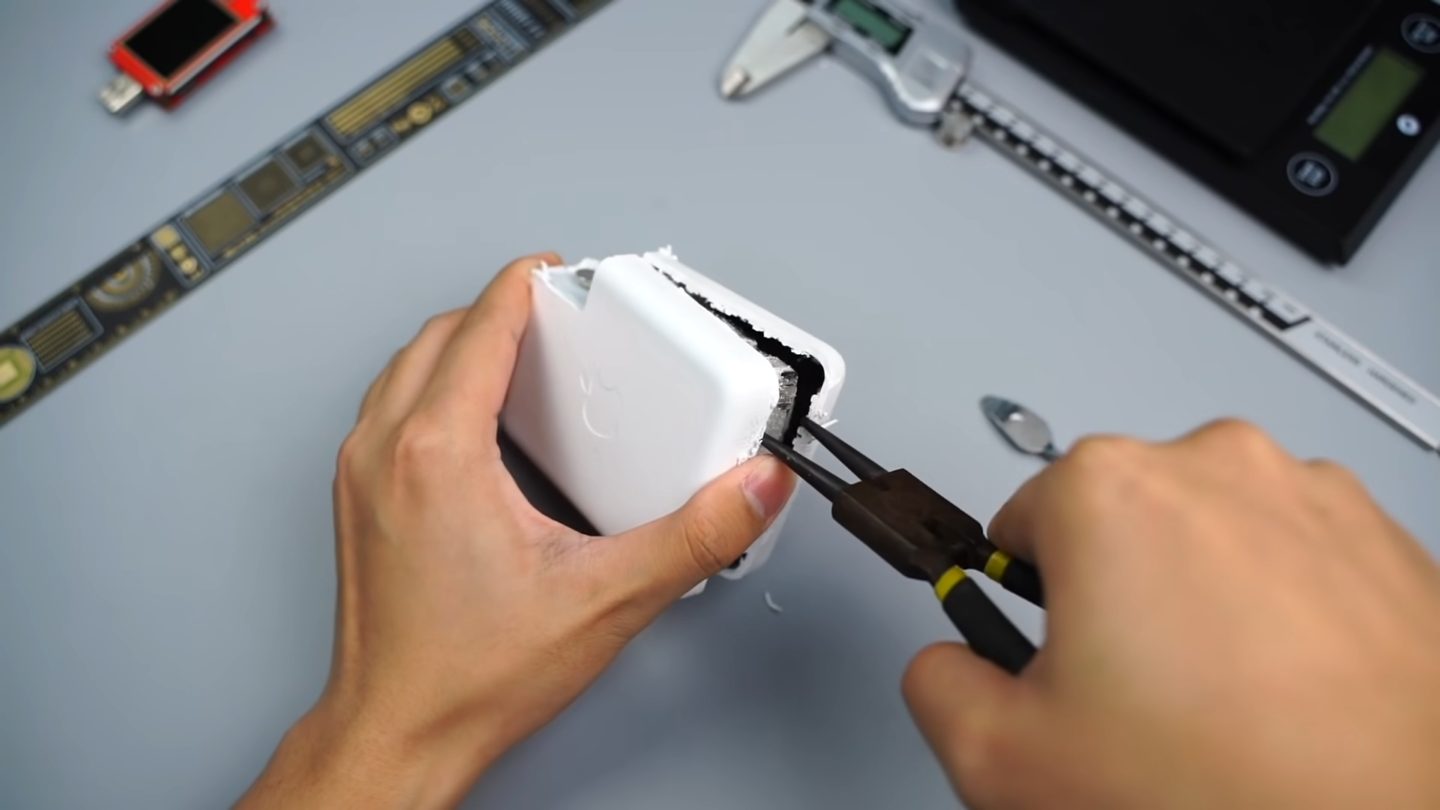 At its ‘Unleashed’ event last month, Apple unveiled new 14″ and 16″ MacBook Pro models. Not only are the latest MacBook Pros packing impressively efficient, next-generation M1 Pro and M1 Max chips, they also have hefty batteries — 70Wh for the 14″ model, and a whopping 100Wh, which is the biggest laptop battery you can legally carry onto an airplane, for the 16-incher.

To keep these batteries juiced up, Apple also unveiled new 67W and 140W fast chargers that use Gallium nitride (GaN) as their core component and are the first power bricks of the kind to support the USB Power Delivery (PD) 3.1 standard.

After iFixit treated us to a teardown of the 2021 MacBook Pro earlier this week, YouTube channel ChargerLAB took it upon itself to give both of the new MacBook Pro fast chargers the full teardown treatment in a pair of recently published videos.

If you think taking apart Apple’s consumer electronics was a chore, the chargers for its devices are in a league of their own entirely. ChargerLAB had to go to work on each of the chargers with a dremel to slice them open and get the internals out.

After taking apart the two charging bricks, the YouTuber disassembles and removes each component from the main PCB, and proceeds to walk us through each component, its function, and the supplier it comes from.

ChargerLAB also tested the chargers to prove they actually deliver the exact performance Apple advertises they do (spoiler alert: everything checks out). The videos are definitely worth a watch.