Designer Envisions What a Gold Mac Pro Would Look Like [PICS]

We’ve already shown you the brilliant red-coloured Mac Pro Apple’s Jony Ive designed for charity, but what about the same computer in gold? Leave it up to designer Martin Hajek to once again dream up what Apple could do.

Hajek has shown off multiple images on Flickr of what a gold Mac Pro would look like alongside a gold wireless keyboard and Magic Mouse, with the tagline “Bling Bling computing”. Check out a few of the images below: 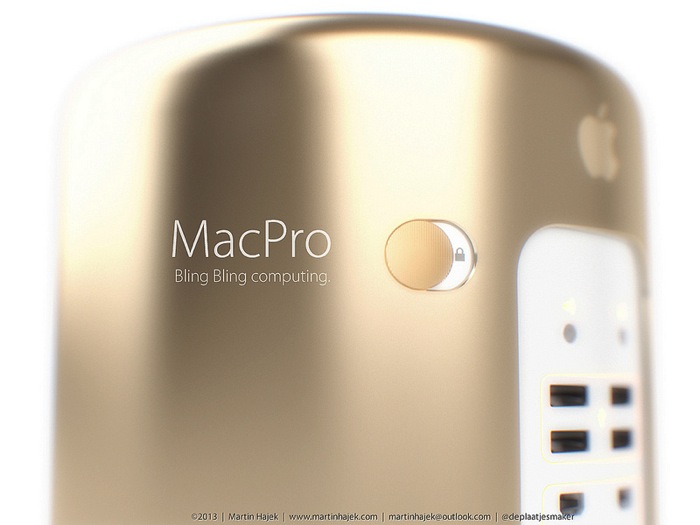 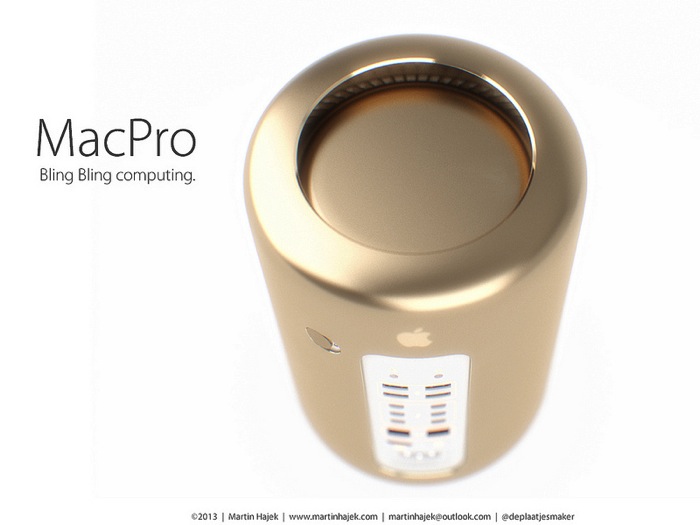 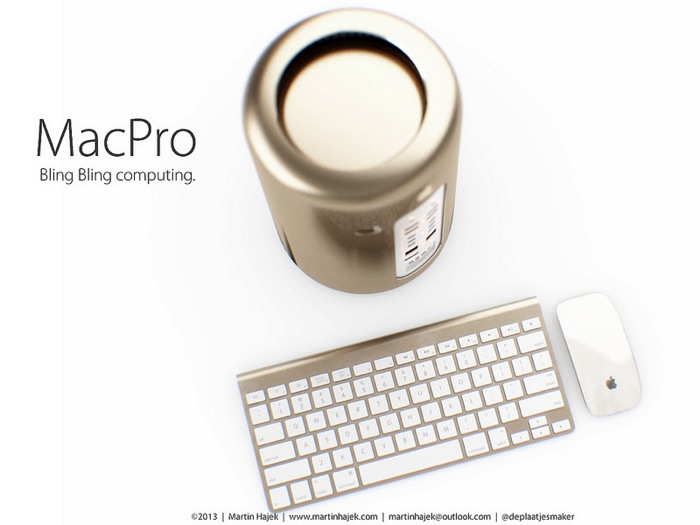 If you want to see what a gold iPad Air would look like, Hajek already covered that a couple weeks ago along with a blue ‘iWatch C’.

The Mac Pro is set to launch in December and the base quad-core configuration will cost $3,099 CDN, while the 6-core starts at $4,099 CDN ($100 higher compared to US prices). You can check out the Mac Pro’s promo video below:

Will you be seeing a (gold) Mac Pro in your future anytime soon?