Rumour: Apple ‘M1X’ MacBook Pro May Have Notch in Display 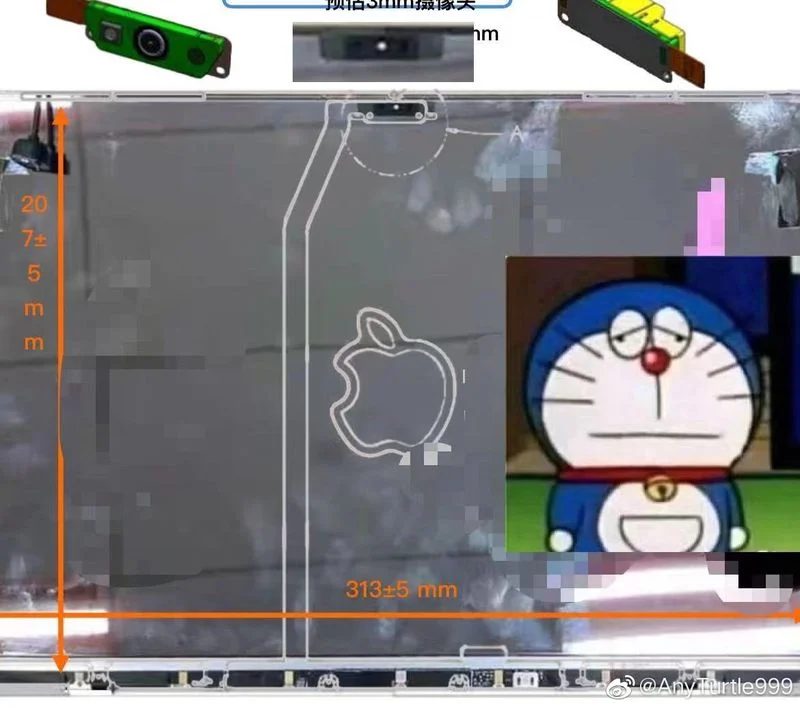 An image shared by Weibo user AnyTurtle999 and later discovered by reputable leaker DuanRui (@duanrui1205) allegedly shows a notch at the top of the display for Apple’s rumoured M1X-powered MacBook Pro up close (via MacRumors).

It is said that although there is notch, there is no Face ID, and Touch ID is still being used. https://t.co/W0Ovj6JFw3

The leak follows a questionable report from earlier in the week that claimed the next MacBook Pro models could sport a notch at the top. That’s right — if it wasn’t bad enough that Apple couldn’t get rid of the dreaded notch on this year’s iPhones, they could be adding one to this year’s refreshed MacBook Pro models as well.

The image in question details a FaceTime camera, microphone, and an ambient light sensor for True Tone, all housed within the notch. Having a notch on the display could allow the upcoming M1X MacBook Pro models to have the thinnest bezels of any MacBook ever. Is the trade-off worth it, though? That’s up to you, the user, to decide.

The photo is pretty blurry and doesn’t originate from the most reliable of sources, so take the possibility of a notch with a grain of salt. However, there is some evidence that suggests Apple might be going for the notch treatment.

Last month, the screen resolutions for both upcoming MacBook Pro models were leaked as part of the macOS Monterey beta: 3024×1964 for the 14″ model, and 456×2234 for the 16″. Those resolutions don’t really make much sense, do they? Subtract 74 pixels from the height of both, however, and they start to.

Number one on Apple’s agenda for the live event is expected to be unveiling all-new 14″ and 16″ MacBook Pro models with next-generation M1X processors under the hood, mini-LED displays (with the possibility of high refresh rate screens), and MagSafe charging ports making a comeback.

For all the details on what might be coming, check out our rundown of what to expect.