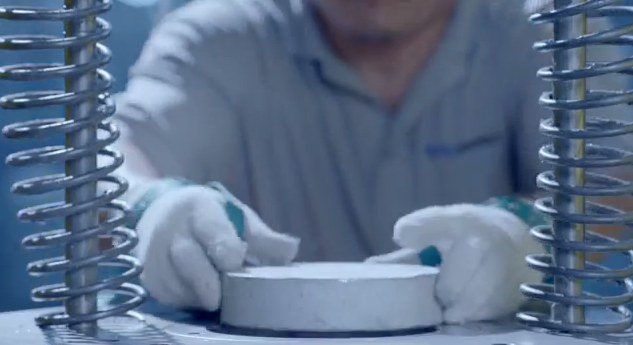 One of the things that make Apple’s products so special is the remarkable precision with which each piece is manufactured. With each product comes another challenge in the manufacturing process for meeting the company’s highest standards. The all-new Mac Pro, introduced yesterday during the iPad special event, is no exception.

To manufacture the desktop jewelry, Apple uses up to five deep draw stamping operations to transform the initial ingot of material into the Mac Pro.

Deep drawing is a process that very efficiently produces a “net shape” part. Apple could have just chucked a giant hunk of aluminum in a lathe and created the same part, but that amount of metal removal is extremely inefficient. Deep drawing efficiently creates a hunk of metal that is very close to the final shape of a Mac Pro in just a couple of operations. After that, the Mac Pro enclosure is lathe turned to clean up the surface and achieve desired tolerance, polished, placed back in a machining center to produce the I/O, power button and chamfer features and finally anodized.

During his presentation, Phil Schiller said that Apple used technologies that were new to them and focused on how the cylindrical case of the Mac Pro is formed. The challenge with this product was figuring out how to produce a massive amount of plastic deformation without tearing, rippling, or deforming the perfect cylindrical surface. 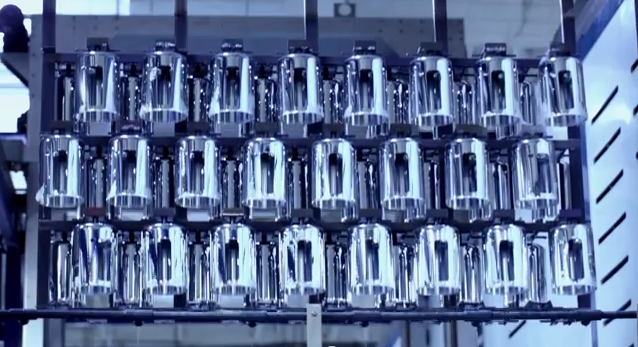 While the video specifically highlights the process in which the unique form of the desktop computer is created, it also shows how the triangular-shaped core/cooling tower of the Mac Pro is going through an automated bead blasting process. 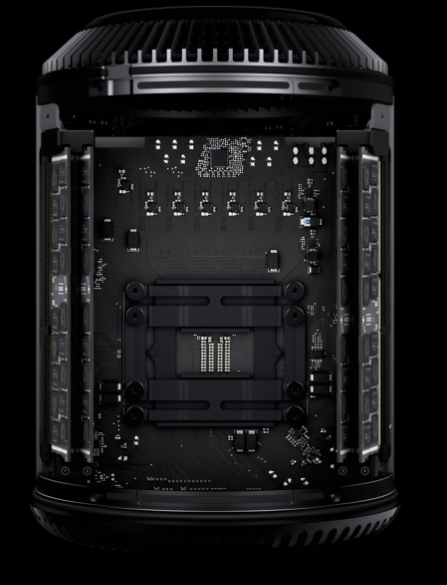 So, in the end, the video is another piece of evidence of Apple’s meticulous work in delivering the high-end products that will serve professional customers for long years. As the video shows, Apple was able (obviously helped by its cash pile) to connect disparate manufacturing technologies to produce a piece (multiple pieces) of desktop jewelry.