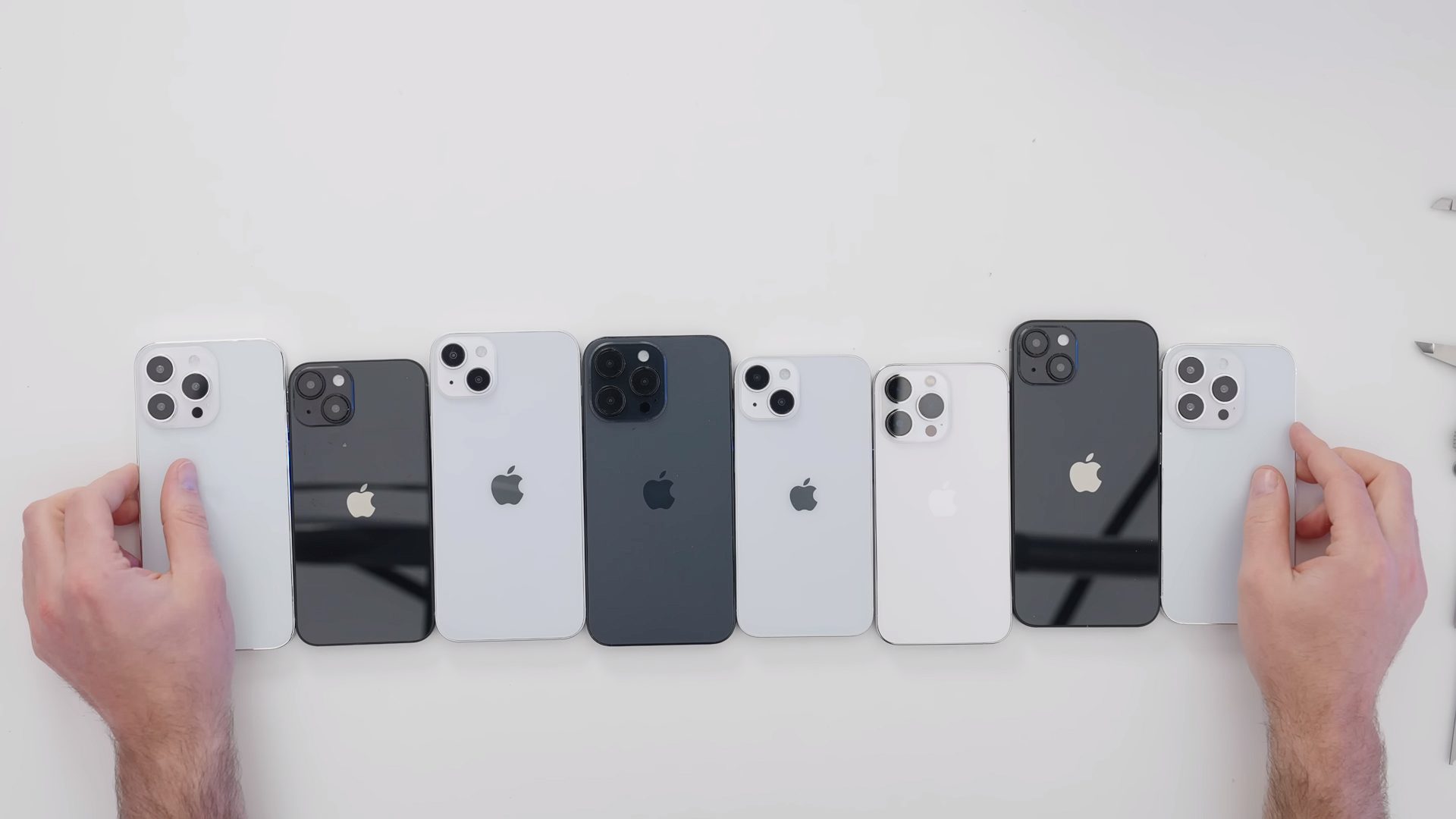 This year, Apple will scrap the “mini” model and replace it with a larger-screened version of the base iPhone 14. Apple’s iPhone 14 lineup will likely include the iPhone 14, iPhone 14 ‘Max’ or ‘Plus,’ iPhone 14 Pro, and iPhone 14 Pro Max.

The same channel previously published another hands-on with the iPhone 14, but that video only featured a dummy iPhone 14 Pro Max.

Unbox Therapy‘s recent video, on the other hand, explores dummy units in black and white colours for each variant. Interestingly, ‘Pro’ model replicas have a matte black finish, as opposed to glossy black on the lower-end variants.

Check out the full video from Unboxed Therapy below:

Apple is reportedly looking to better differentiate between its Pro and non-Pro iPhones this year. The two pricier models will be the only ones to get processor and camera upgrades, as well as a new “hole + pill” cutout on the front instead of a display notch.

Physically, however, the two 6.1-inch iPhone 14s and the pair of 6.7-inch models are expected to have essentially the same dimensions. The dummy units obtained by Unbox Therapy sing the same song.

That said, both iPhone 14 Pros are getting a bigger, taller camera bump and larger lenses to make room for the new 48-megapixel sensors on the rear. The sized-up camera module is more noticeable on the smaller frame of the iPhone 14 Pro than on the larger Pro Max.

Apple’s suppliers are well into iPhone 14 mass production, and we should see the lineup launch later this year in September.

Apple today released iOS 16 beta 5 and more for developers today. These new releases included some new features, such as bringing back the battery percentage to the battery icon in the status bar on iPhone. Also, for finding devices such as your iPhone from Apple Watch, there’s a new alert sound. Some other minor...
Gary Ng
26 mins ago