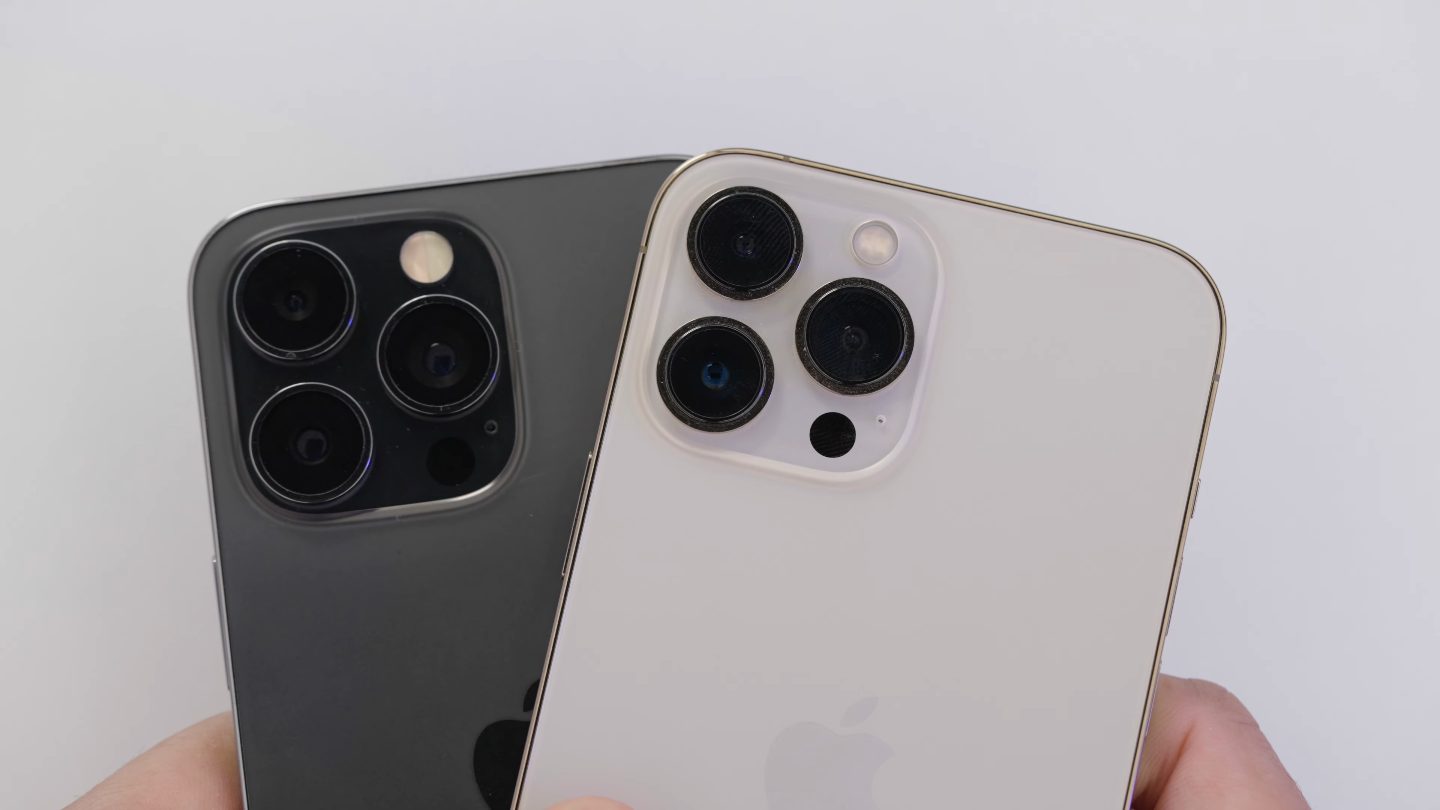 Toronto-based YouTube channel, Unbox Therapy, has obtained a dummy iPhone 14 Pro Max unit and shared a hands-on video with what is allegedly an accurate physical representation of the upcoming phone.

If the dummy unit ends up being an accurate recreation, this is our first look at Apple’s next flagship iPhone, slated to launch later this year.

The dummy features the new hole and pill cutout that is expected to debut with the iPhone 14 and replace the oft-criticized display notch. The new design implementation will only be available on the higher-end ‘Pro’ models of this year’s iPhone, however.

Unboxed Therapy also noticed wider, beefier Power and Volume buttons. The chassis itself also looks to be slightly thicker than its predecessor at about 7.97mm (vs. the iPhone 13 Pro Max’s 7.77mm thickness).

The housing of each lens on the supposed iPhone 14 Pro Max dummy is larger — 16.17mm in diameter compared to 15.51mm on last year’s top-of-the-line iPhone 13 Pro Max

The entire camera bump on the back is also notably larger on the dummy iPhone 14 Pro Max (40.3mm) than the iPhone 13 Pro Max (38.75mm), and it also protrudes out farther. Additional real estate for the camera array will make room for new 48-megapixel shooters.

According to reports, Apple will axe the ‘mini’ model of the iPhone with this year’s lineup, possibly replacing it with a larger-screened version of the base iPhone 14. The iPhone 14 Pro and the iPhone 14 Pro Max will round out the lineup.