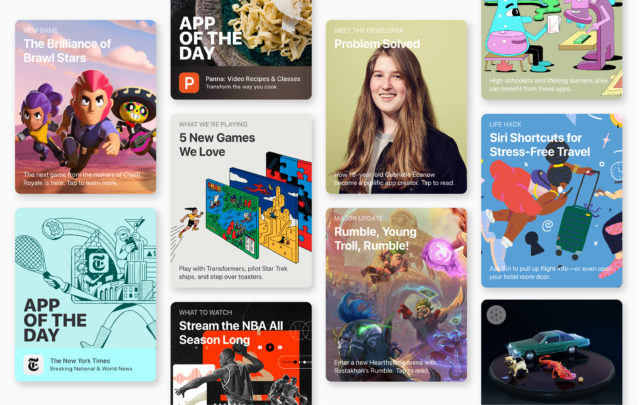 “Thanks to the inspiring work of our talented developers and the support of our incredible customers around the world, the App Store finished off an outstanding 2018 and kicked off 2019 with a bang,” Schiller continued.

Apple’s Services revenue also reached an all-time record over the holiday quarter, explains the report, driven primarily by the App Store’s growth, along with other services like Apple Music, Cloud Services, Apple Pay, and the App Store’s search ad business.

Unsurprisingly, games and self-care apps were the two most popular categories for app downloads and subscriptions over the holidays. Multiplayer juggernauts like Fortnite and Playerunknown’s Battlegrounds (PUBG) were the most popular games over the holidays, along with other games like Brawl Stars and Asphalt 9. 1Password, Sweat, and Luminosity were the front-runners in self-care app categories like Productivity, Health & Fitness, and Education.

In other news, Apple’s share price fell by over 9 percent on Thursday after it cut its revenue forecasts for the first time in 16 years, blaming poor iPhone sales in China.