Apple unleashed its new marketing campaign at WWDC 2013 to push its ‘Designed by Apple in California’ motto, which is explained in this video describing its product intentions. The campaign has been widely seen on television but today it appeared in today’s paper edition of The Toronto Star, as noticed by @drakeshipway: 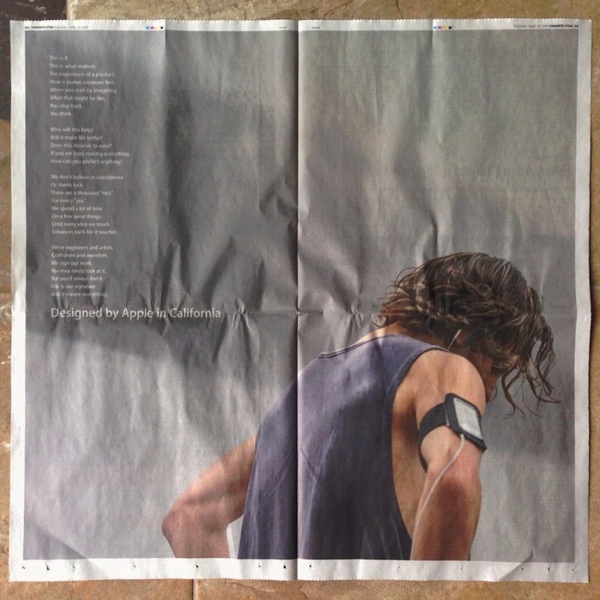 The full two-page ad shares the mantra of the campaign and most definitely will catch the attention of readers. Expect to see more of these ads, which now focus the attention on how products enrich people’s lives.

Let us know if you see similar prints ads anywhere else!