Apple aired two videos yesterday during the WWDC 2013 keynote. Both of them showcase a new approach in partnership with TBWA\Chiat\Day, the agency behind Apple’s most memorable advertisements, Bloomberg reports. 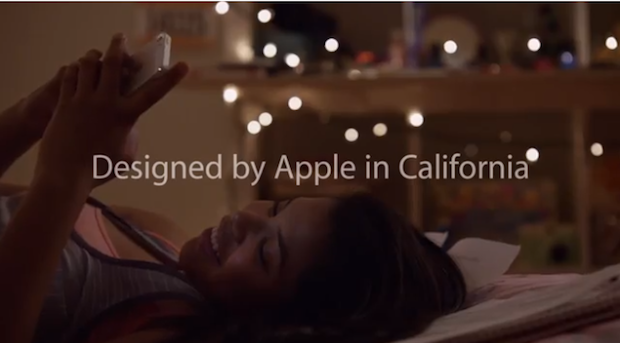 The newspaper’s sources also claim that Apple has decided to switch from product-oriented ads to a campaign that focuses on the quality and reliability of the Apple ecosystem and the products signed by the Cupertino, California company.

The push comes as Apple and the agency team — a unit called TBWA\Media Arts Lab that works exclusively for Apple — find themselves in the unfamiliar position of playing defense. Chief Executive Officer Tim Cook reorganized Apple last year to encourage collaboration among units so that Macs, iPhones and iPads work better together, and the planned ads will focus on how the products can simplify users’ lives, hearkening back to Apple’s roots, the people said.

“Successful companies sometimes wander away from their core message over the years,” said Prashant Malaviya, an associate professor at Georgetown University’s McDonough School of Business in Washington. “For Apple, that has always been the ease and simplicity of the overall experience. They would do well to go back to their basics.”

According to a consulting firm that confirmed the effectiveness of Apple and Samsung ads side-by-side in a study, Apple’s scores have “dropped like a rock.”

Now Apple has realized that its products no longer sell themselves so easily, given competition from devices with the same or additional features at lower prices, said the people with knowledge of the company’s advertising plans.

Since Steve Jobs passed away, the creative staff of Apple’s old partner, Media Arts Lab, are apparently frustrated when Phil Schiller, Apple’s head of worldwide marketing presents his ideas, as they have lost focus, the report claims.

Fact is that Apple is facing criticism the past few months over its ads. One example is the campaign featuring one of its Genius-bar customer service representatives. Apple stopped airing this ad after just a few weeks.

According to the report, we can expect to see similar ads rolled out in the upcoming months and focusing on the ecosystem instead of the product. Meanwhile, Apple is working on a smartwatch and a cheaper iPhone, so the product ads are likely to return after these gadgets launch.