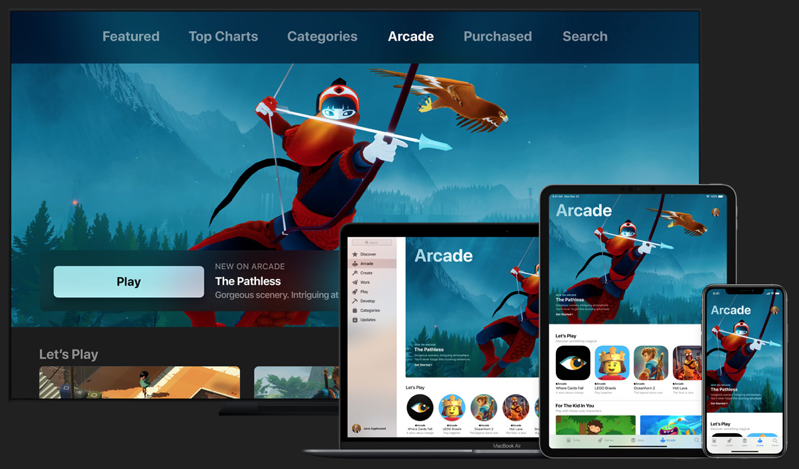 With the launch of iOS 13 today, Apple Arcade also makes its debut in Canada. The gaming subscription service from Apple offers all-you-can-eat games for iPhone (iPads will get Apple Arcade when iPadOS is released September 24; yes, the date has been revised by Apple) at the price of $5.99 CAD per month.

Apple Arcade comes with a free one-month trial, then you’ll be charged the $5.99 per month afterwards. The subscription comes with a family plan, allowing you to share the service with five family members.

Games within Apple Arcade will have no ads or additional purchases, plus will offer both offline and online gameplay. You’ll be able to play games from one device and continue on another. Apple says Apple Arcade works with Screen Time and parental controls, while users will have a choice in whether they want to share personal data with developers.

Apple says the Dualshock 4 Model CUH-ZCT1U is currently not compatible with iPhone 11 devices.

Other Made for iOS (MFi) Bluetooth controllers, such as the SteelSeries Nimbus and Horipad Ultimate and more are also supported.

After Apple Arcade launched early for some iOS 13 beta testers, we were able to take the service for a quick spin. The games are definitely high-quality and fun to play, made by some excellent developers.

If you’d like to save 20% off Apple Arcade, fund your Apple ID with discounted iTunes Cards from Costco’s periodic sales. Stay tuned here as we’ll always be sharing the sales when they are available.