Apple’s Fourth US Campus Narrowed Down to 17 Potential Locations: Bloomberg

Apple is currently planning a fourth United States-based campus as part of its $350 billion USD investment in the United States over the next five years.

This morning, Bloomberg handicapped Apple’s likely top prospects, relying largely on economic metrics to identify 17 potential campus locations spread across the United States. My view is that Apple’s list of possible locations is much smaller and geographically focused on the East Coast.

Back in January, Apple announced plans to invest $350 billion USD in the United States over the next five years. As part of the investment, the company said it would establish a fourth campus in a new location for technical support personnel.

“In January, Apple Inc. announced plans for a fourth U.S. campus — a down-payment of sorts on its commitment to hire thousands of Americans and redeploy billions of dollars stashed overseas and now being repatriated under the Trump administration’s new tax law,” reads the report. “The company hasn’t said how many people will work at the new facility, but it’s probably fair to say it will at least be in the hundreds.” 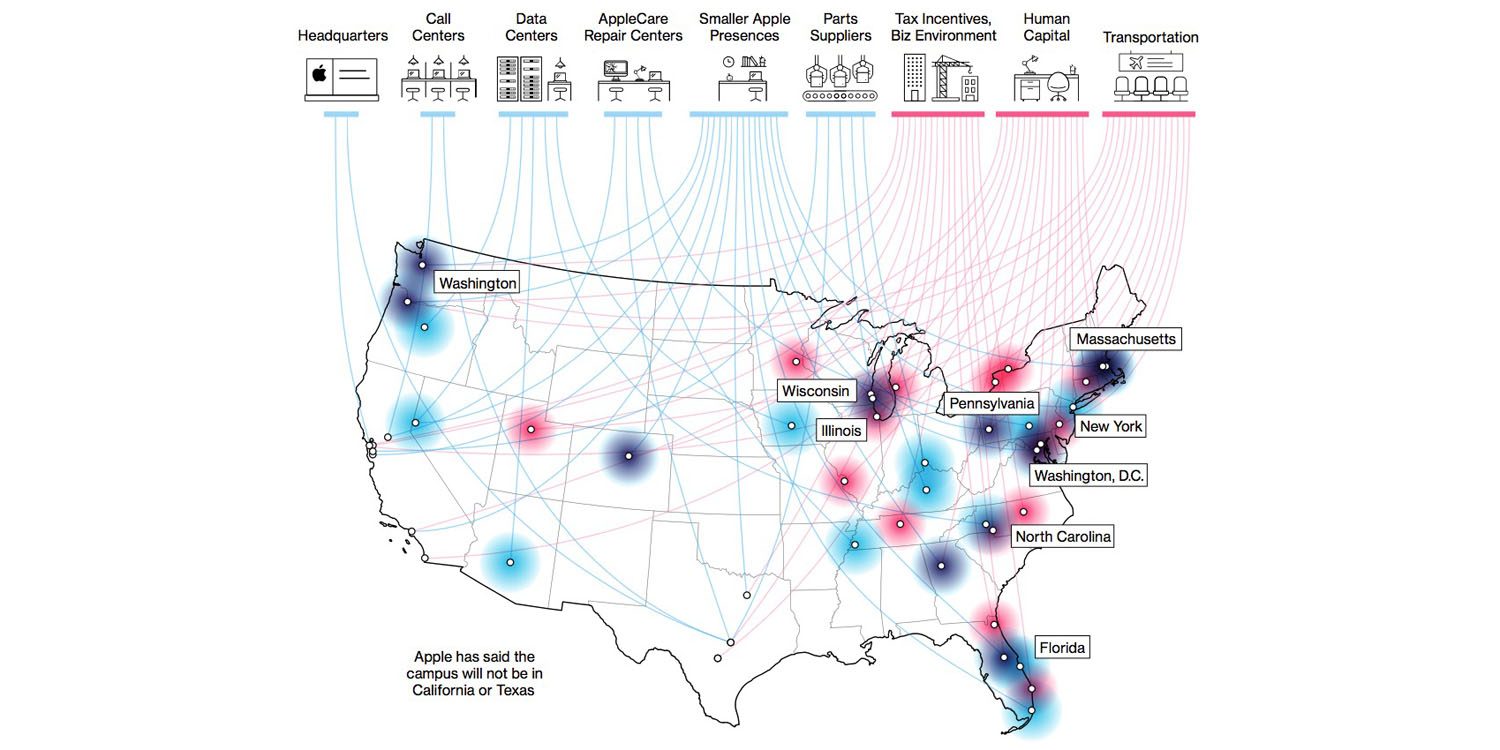 According to Bloomberg, Apple’s decision will likely focus on several factors including the location of its current headquarters and offices, and whether it can get tax breaks or other incentives. Human capital and transportation will also play a significant role in the Cupertino company’s decision making process.

Apple’s current campuses are in states where it maintains AppleCare repair facilities, and only four states have those facilities: California, Texas, Tennessee, and Pennsylvania. Since Apple has said it won’t build the new campus in California or Texas, that leaves Tennessee and Pennsylvania as two major contenders.

The location for this campus is expected to be announced by Cupertino before the end of the year.

Check out the entire report on Bloomberg.