Apple’s CEO—Tim Cook—quickly played along and changed his name to “Tim Apple” on his Twitter account, using the Apple symbol for his name.

Now, it appears Cook has had enough of being ‘Tim Apple’ and has changed his name back to the way it was on his Twitter account: 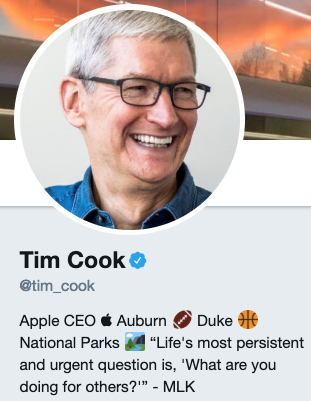 Late last week, Trump doubled down on his reference to Cook as ‘Tim Apple’, explaining he called the Apple executive by that name on purpose, for the sake of an easy and time-saving reference (sure).

Near, far, wherever you are, Tim Apple, you’ll be in my memory forever.