Earlier this week, Apple launched its Fitness+ subscription service, to compete against the likes of Peloton for home fitness.

There’s a one-month free trial of Fitness+ for existing Apple Watch owners, while new owners of Apple Watch Series 3 or newer models were supposed to get 3-month trials.

But many new Apple Watch owners were not seeing the 3-month free Fitness+ trial at sign up and had manually fix the problem, either by painstakingly calling or chatting with Apple, or unpairing their Apple Watch.

Now, it appears Apple has resolved the problem. New Apple Watch owners should now see ‘Apple Fitness+ Free for 3 Months’ under Settings on iPhone, as seen below: 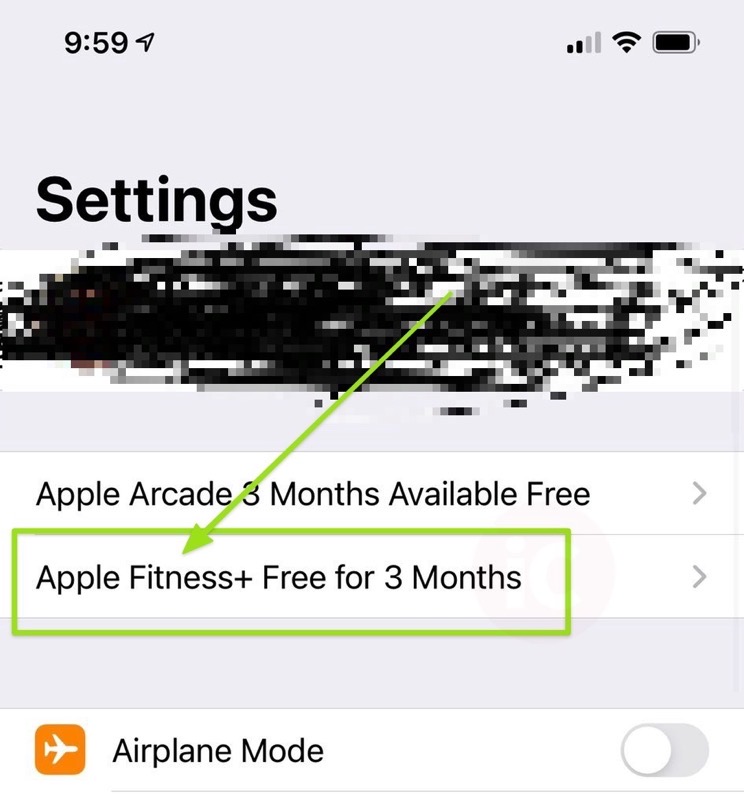 Tapping that link in the screenshot above should initiate your free 3-month trial of Fitness+, which costs $12.99 CAD/month or $99 CAD/year. Let us know if you’re seeing this now in your iPhone settings.

You can click here to read our review of a Fitness+ cycling workout versus Peloton.