The iPhone 8, or whatever it ends up being called, expected to pack more features into space freed up by a thinner display, may hold the key to reviving Apple’s fortunes in a Chinese market where fast-growing local rivals have crowded the American giant out. 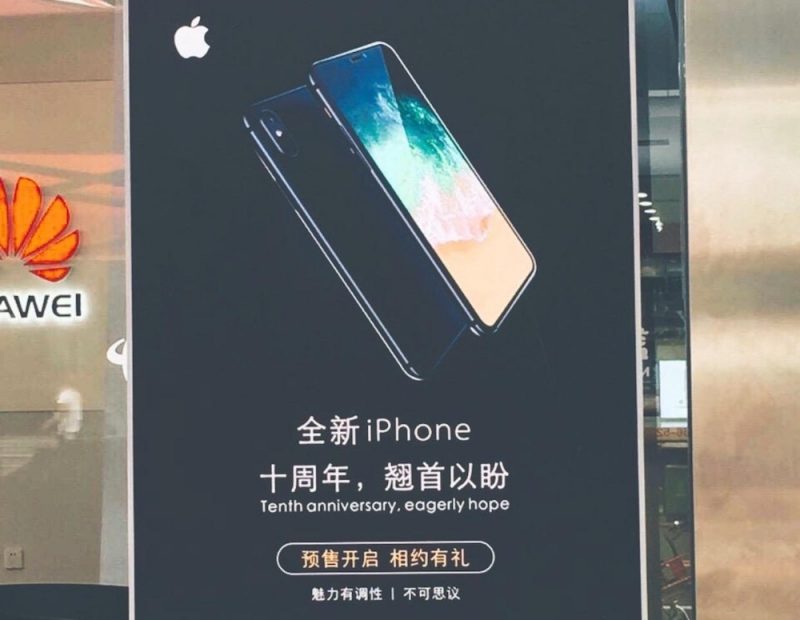 According to a new report from Bloomberg, local Chinese competitors like Huawei, Oppo, and Xiaomi are poised to compete by launching their own less expensive, feature-packed devices around Apple’s September 12 iPhone 8 event.

“While it sticks to a global template that’s served it well, local vendors have become adept at technology design while tailoring phones to local tastes, such as with dual SIM capability,” reads the report. “In a show of confidence, Huawei Technologies Co., Xiaomi Corp. and likely Vivo — far from front-running or avoiding the iPhone the way movie studios juggle summer tentpoles — are tackling the U.S. company head-on by timing new products around the publicity avalanche sure to engulf Apple’s Sept. 12 launch.”

Apple’s Chinese sales have slumped for six straight quarters. Its share of smartphone shipment volume in the country sank to 7.1% in the April-June quarter, dropping the company to fifth place, data from research firm IDC shows.

“The challenge comes from Vivo, Oppo and Huawei, they can replace Apple in high-end markets priced around $500, even as Apple remains dominant in the ultra high-end $600 plus segment,” said Kiranjeet Kaur, an analyst with industry consultancy IDC. “We don’t expect big growth as China’s market is now very saturated. The biggest demand for the new iPhone will come from the replacement market.”

One of the main issues is that many of the features Apple will debut in its upcoming smartphone, such as a full-screen display and wireless charging, are already available in some form to Chinese consumers at a much lower price point. Additionally local vendors have become more skilled at efficient smartphone design and are particularly adept at tailoring smartphones to local preferences.

To counter these obstacles, Apple has previewed new features coming in iOS 11 that specifically cater to Chinese customers, such as QR code scanning with the native camera app, a keyboard that makes Chinese characters easier to input, and a new mapping app that shows traffic camera locations.

Two days after declaring ‘war’ on Apple, Tesla CEO and ‘Chief Twit’ of Twitter, Elon Musk has met with the iPhone maker’s CEO. In a video shared on Wednesday afternoon, Musk said “Thanks @tim_cook for taking me around Apple’s beautiful HQ,” referring to Apple Park in Cupertino. Musk didn’t elaborate on his meeting with Cook. […]
Gary Ng
50 mins ago