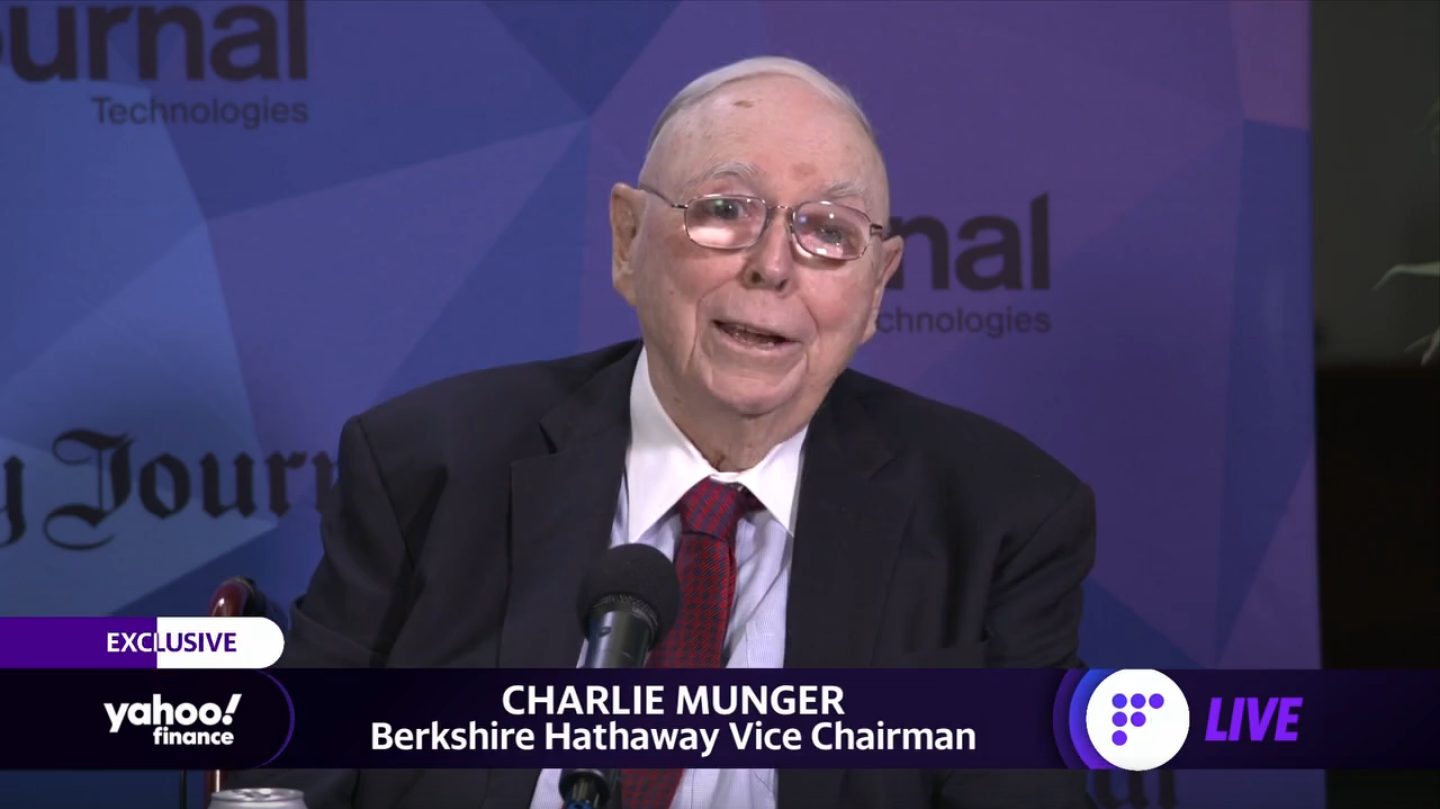 Apple had a stellar 2021, posting quarter after quarter of record revenues as sales soared despite the pandemic and resulting supply chain issues. The company inched ever closer to breaking $3 trillion in market capitalization, leaving even that milestone in its rear-view mirror at the start of this year.

“I think Apple is one of the strong companies and will stay a strong company,” Munger told Andy Serwer, Editor-in-Chief of Yahoo Finance in an exclusive interview. “I think it’s ungodly well-managed.”

Of all the tech companies Berkshire owns a stake in, including the likes of Amazon and Verizon, Munger is most impressed by Apple.

“I judge the strength of the company based on how much the customers love it,” he said. “And I’ve got zillions of friends who they’d almost part with their right arm before they’d part with their iPhone. That’s a hugely powerful position to be in.”

Berkshire has “bought more Apple than anything else” in recent years, and the iPhone maker today comprises the investment firm’s largest stock holding. Back in 2020, Berkshire Hathaway chairman and billionaire investor Warren Buffet called Apple the “best business” in the world.

As of the beginning of this year, Berkshire Hathaway’s holdings in Apple are worth $162 billion USD, making Buffet and Munger’s investment firm Apple’s third-largest institutional shareholder.

Over the last 12 months, Apple’s shares have climbed 28%. Cupertino is expected to launch a slew of highly anticipated products this year, possibly including the company’s first virtual reality/augmented reality headset, so the steady rise in share price is predicted to continue.