Apple Music on Tuesday launched a playlist in collaboration with music discovery service Shazam that highlights new and emerging artists. 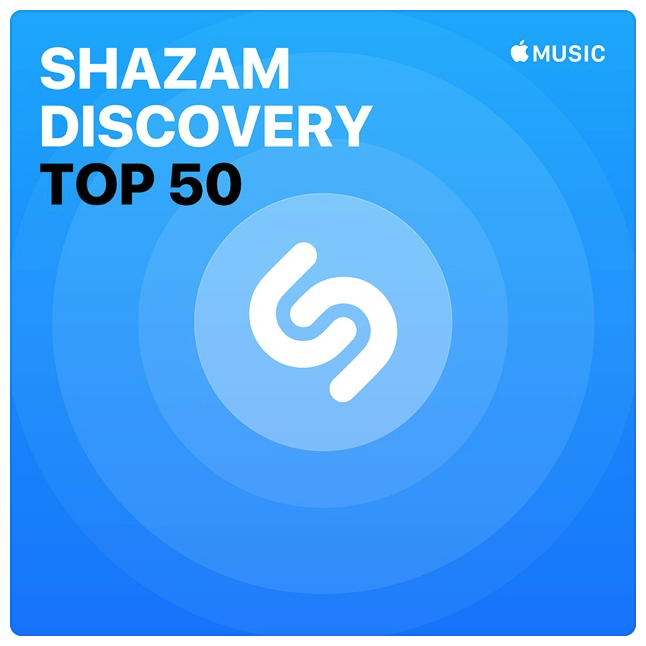 According to a new report from TechCrunch, the playlist, called the “Shazam Discovery Top 50,” will highlight the top 50 songs from emerging artists that are trending in Canada, the United States, and 9 other countries.

While the company wouldn’t say much specifically about how the chart is tabulated, it uses “Shazam’s proprietary algorithms [to offer] a unique predictive view on rising artists and reacting tracks to Apple Music subscribers.” With 20 million Shazams each day and over 1 billion downloads of its app, that’s a fairly significant test audience.

“Want to be ahead of the curve? The global Shazam Discovery Top 50, powered by Shazams from around the world and updated once a week, compiles up-and-coming songs from breaking artists,” reads the press release announcing the new chart. “If you hear a song you like, add it to your library.”

Apple also says that the ranked songs are all at different points in their individual lifecycle and the majority of artists represented are emerging and up-and-coming.

“All are experiencing a level of momentum indicative of future potential of hitting the top of Shazam’s Charts, and show any or all of the following patterns: moving quickly through Shazam’s charts, growing rapidly, steadily and/or geographically,” the press release continues.

The move is the latest in a string of updates and additional features Shazam has rolled out over the summer. Back in June, the app rolled out the ability to recognize songs with your headphones in and earlier this month Apple Music incorporated Shazam data into its new Apple Music for Artists platform, giving even deeper data and analytics to musicians.

Shazam Discovery will be updated every Tuesday with new music. You can check out the playlist for yourself right here.