The Apple Watch is finally here and has started shipping to customers. But there is a long way to go until supply meets demand — at least, so it seems. Despite this, the star element of Apple’s earnings call is the product that accounts for more than half of its revenue. So how did iPhone sales fare during the 89 (calendar) days of Apple’s fiscal second quarter?

They seem to be performing pretty well: according to the latest data, Apple sold 61.1 million iPhones. The company reported a quarterly revenue of $58 billion, and sales have generated a net profit of $13.6 billion.

“We are thrilled by the continued strength of iPhone, Mac and the App Store, which drove our best March quarter results ever,” said Tim Cook, Apple’s CEO. “We’re seeing a higher rate of people switching to iPhone than we’ve experienced in previous cycles, and we’re off to an exciting start to the June quarter with the launch of Apple Watch.”

“The tremendous customer demand for our products and services in the March quarter drove revenue growth of 27 percent and EPS growth of 40 percent,” said Luca Maestri, Apple’s CFO. “Cash flow from operations was also outstanding at $19.1 billion.”

Here are some excellent charts from Six Colors: 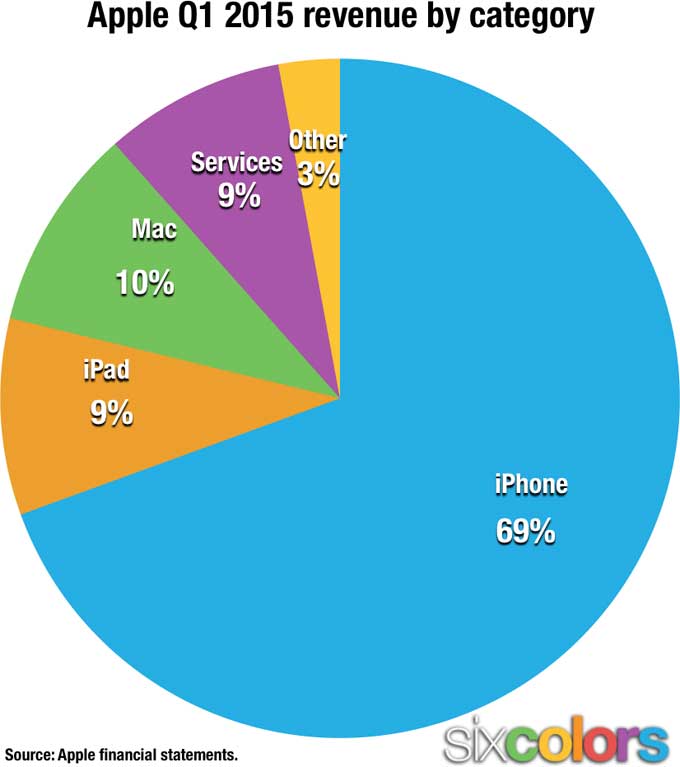 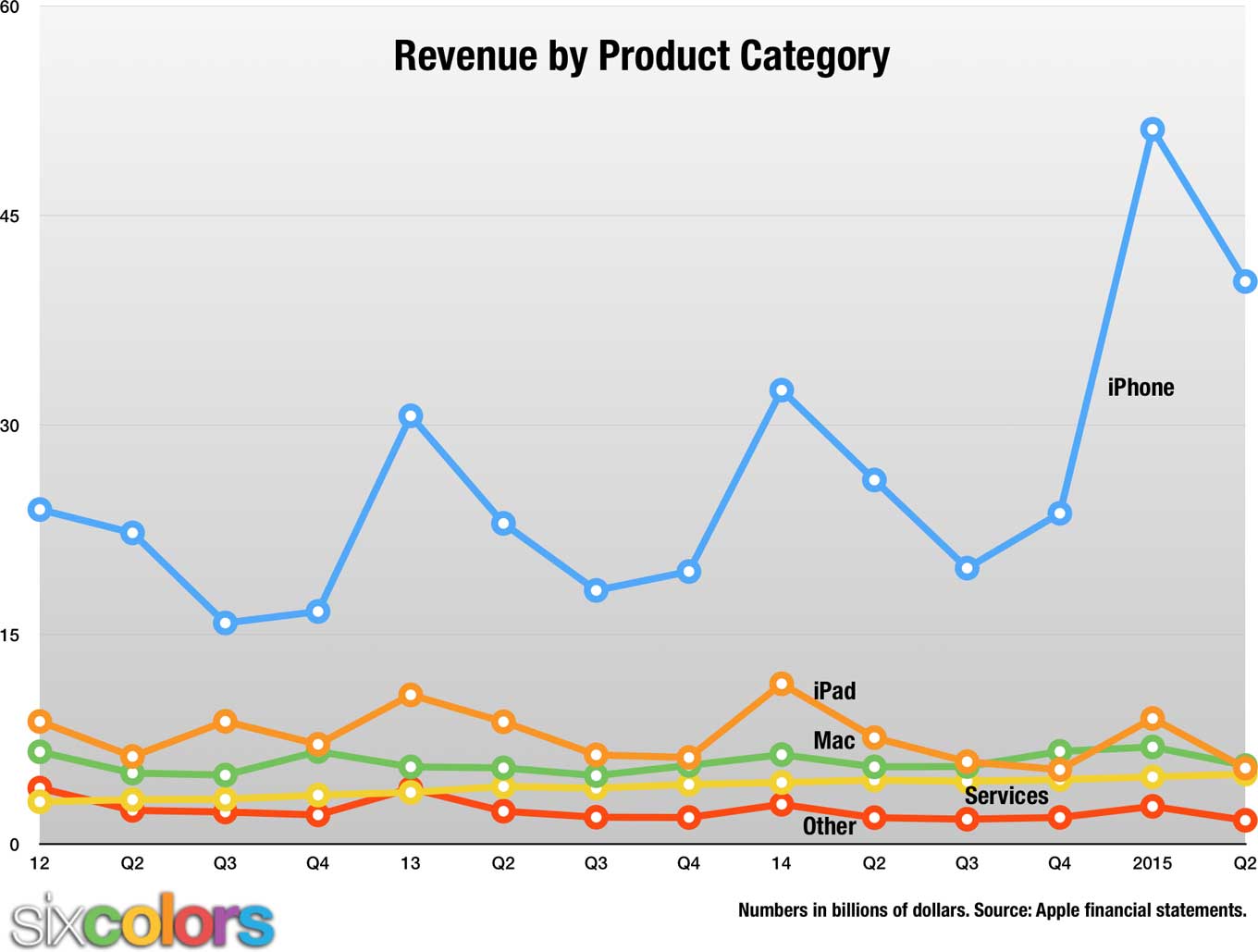 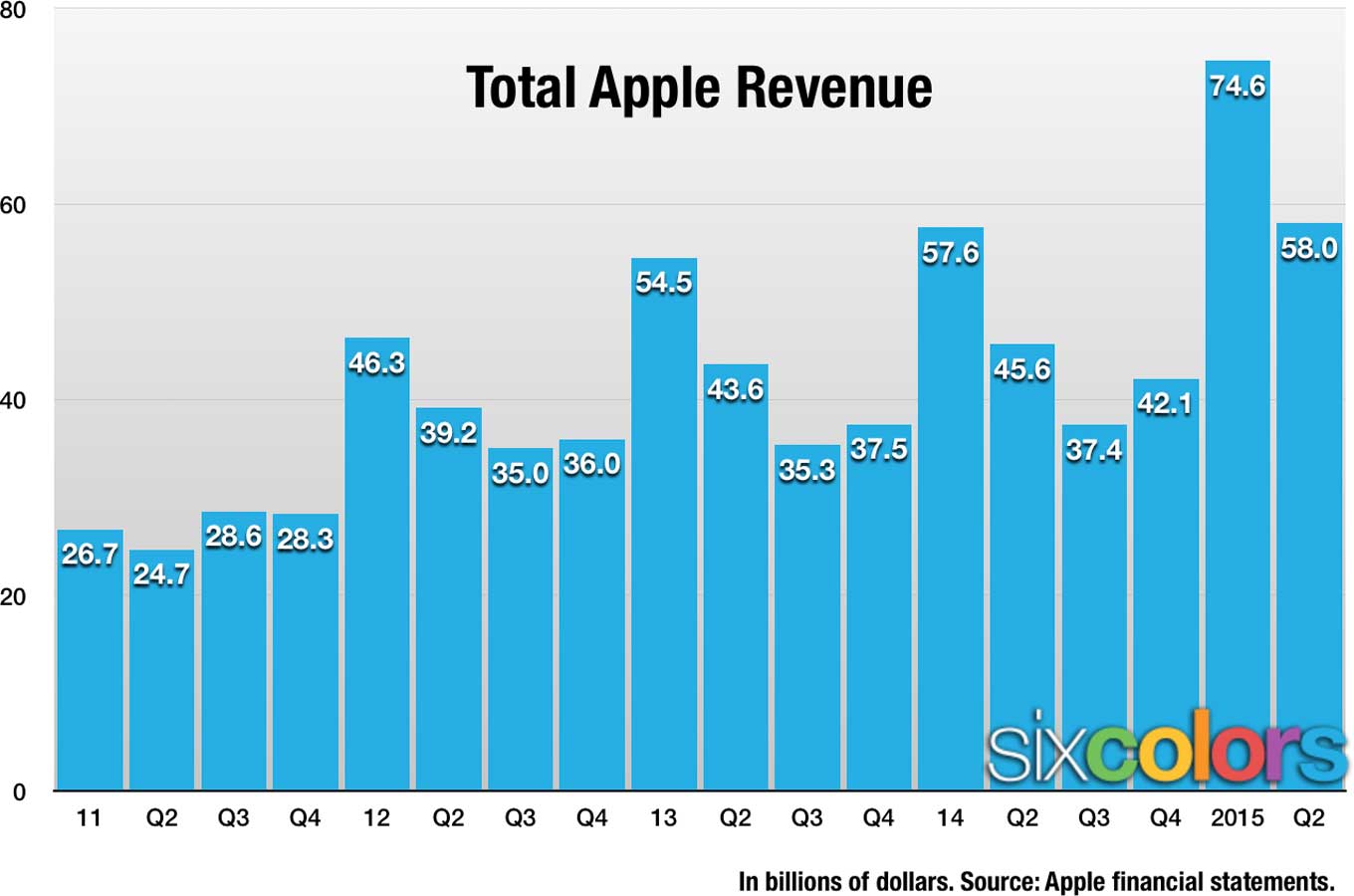 Earlier today, both professional and independent analysts have given their best shots, revealing their expectations for the March quarter. Some of the forecasts put together by Philip Elmer-DeWitt were as high as 65 million iPhone units.

During Apple’s earnings call, the company noted sales were up 80% or more in numerous markets including Canada, Mexico, Germany, and Turkey.

Update: Apple has announced it will expand its capital return program to a cumulative total of $200 billion by the end of March 2017. The company’s board of directors has authorized the company to increase the repurchase amount to $140 billion from $90 billion announced last year.

“We believe Apple has a bright future ahead, and the unprecedented size of our capital return program reflects that strong confidence,” said Tim Cook, Apple’s CEO. “While most of our program will focus on buying back shares, we know that the dividend is very important to many of our investors, so we’re raising it for the third time in less than three years.”

[caption id="attachment_389490" align="aligncenter" width="1400"] Image: Marcus Kane[/caption] As we count down the months to the launch of Apple's long-rumoured mixed-reality headset and, with it, an entirely new product category for the tech giant, we're starting to see more leaks and concept designs pop up. The latest concept renders of Apple's "Reality Pro" AR/VR headset imagine...
Nehal Malik
31 mins ago