Apple computer scientists have published a research on how self-driving cars can better spot cyclists and pedestrians while using fewer sensors. 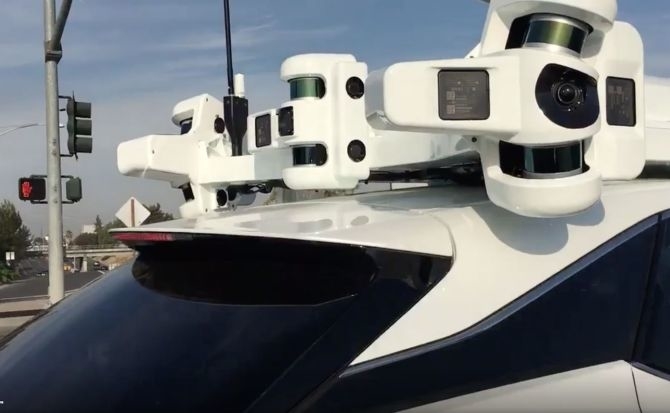 In what appears to be the company’s first publicly disclosed paper on autonomous vehicles, the research focuses on making machines smart enough to detect 3D objects, reads a new report from Reuters.

The paper by Yin Zhou and Oncel Tuzel, submitted on 17 November to independent online journal arXiv, is significant because Apple’s famed corporate secrecy around future products has been seen as a drawback among artificial intelligence and machine learning researchers.

Apple is notorious for its secrecy and while rumors floated for years that it was working on an automotive project, its interest in the area wasn’t confirmed until it obtained a permit to test self-driving cars in California earlier this year. This new paper is a departure from Apple’s secretive culture in that it reveals some of the technological approaches it’s developing.

Self-driving cars often use a combination of normal two-dimensional cameras and depth-sensing LiDAR units to recognize the world around them. While the units supply depth information, their low resolution makes it hard to detect small, faraway objects without help from a normal camera linked to it in real time.

Apple’s paper reveals that it’s been working on software that lets LiDAR sensors perceive pedestrians and other road elements clearly without the help of cameras, and better than other approaches to do the same. LiDAR is among the most common sensors used for autonomous driving at the moment despite its high prices.

With new software, the Apple researchers said they were able to get “highly encouraging results” in spotting pedestrians and cyclists with just LiDAR data.

Apple CEO Tim Cook has called self-driving cars “the mother of all AI projects,” and the research indeed shows how autonomous driving benefits from machine learning.

Meta CEO Mark Zuckerberg warned employees of a hiring freeze and impending corporate restructuring during a weekly Q&A session on Thursday — reports Bloomberg. Facebook and Instagram's parent company will cut costs and, for the first time, jobs amidst economic challenges and a notable downturn in revenue. Meta this year reported its first-ever yearly decline...
Nehal Malik
13 mins ago