Apple has hired two top television executives, Jamie Erlicht and Zack Van Amburg, from Sony in a move that might signal Apple’s readiness to venture into more original video. 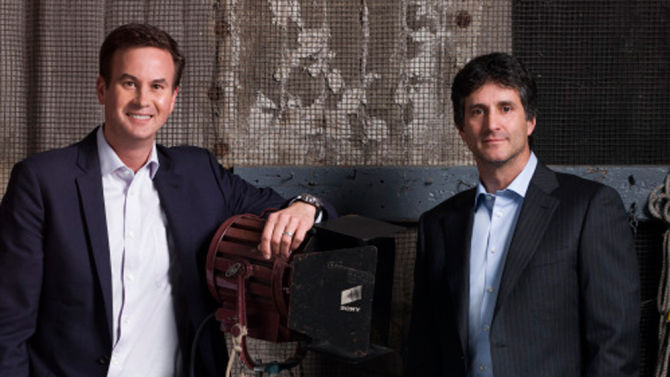 According to an Apple press release, the company on Friday announced the hire of Jamie Erlicht and Zack Van Amburg, who had served as presidents at Sony Pictures Television since 2005, where their roster of programming included hits like Breaking Bad, Better Call Saul, The Crown, Justified and The Shield.

They will report to Eddy Cue, Apple’s senior vice-president of internet software and services. Mr Cue said in a statement:

Jamie and Zack are two of the most talented TV executives in the world and have been instrumental in making this the golden age of television. We have exciting plans in store for customers and can’t wait for them to bring their expertise to Apple — there is much more to come.

Van Amburg and Erlicht, Sony veterans who have worked in tandem for years, exit the company one year after the departure of longtime television chief Steve Mosko. Van Amburg and Erlicht took over responsibility for all of Sony’s U.S. television production after Mosko’s departure, reporting directly to then-Sony Pictures Entertainment head Michael Lynton. The executives had served as co-presidents of U.S. programming and production since 2005.

“It will be an honor to be part of the Apple team,” said Jamie Erlicht. “We want to bring to video what Apple has been so successful with in their other services and consumer products — unparalleled quality.”

“Apple has a relentless focus on delighting customers with their products,” said Zack Van Amburg. “We will bring that same intention to Apple’s programming and we could not be more excited about what lies ahead.”

The hires send a clear signal to Hollywood that Apple plans to make a concerted push in the original programming space with Van Amburg and Erlicht now having access to Apple’s purse strings, taking on the likes of Netflix and Amazon.