Tired of heading to a that crowded Apple Store at Eaton Centre in Downtown Toronto? Well, it’s rumoured to be doubling in size, a move which would see the location take over the existing space of Abercrombie & Fitch, according to sources speaking with MacRumors:

Apple plans to relocate its oft-crowded store at the Eaton Centre shopping mall in Downtown Toronto to a much larger space in the mall, currently occupied by apparel chain Abercrombie & Fitch, which will also be relocating within the mall as part of the shuffle, according to people familiar with the matter. 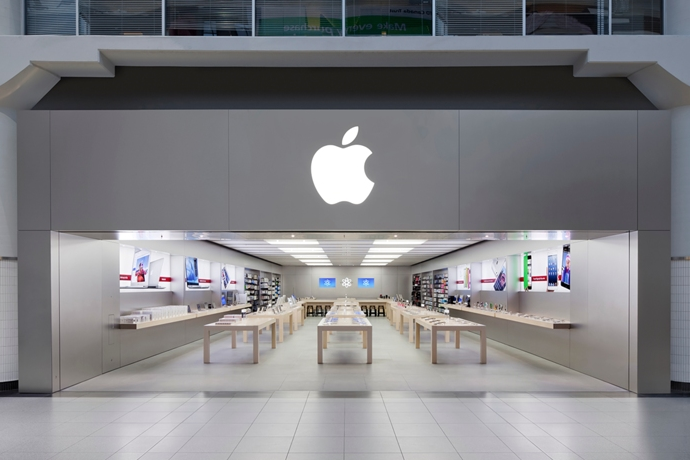 The existing Apple Store is a 4,977 square-foot space, and has notoriously been known as a busy store, at one of the busiest malls in North America.

If the relocation happens, the Apple Store would take double in size, as the Abercrombie unit spans 10,680 square-feet, currently located on the floor below. Apple Stores around the world have started to gain the company’s new design ethos, and this larger space could allow the iPhone maker to modernize one of its busiest locations.

More Hints of an Apple Store at ‘The One’ Condo Development

Just over a year ago, it was rumoured luxury condo The One, set to be located at Yonge and Bloor in Toronto, would house a flagship Apple Store, in a retail space with 19,000 square-feet. The One is a project by architecture firm Foster + Partners, which developed Apple Park.

Now, another hint has suggested this may be the case, according to a CRBE Real Estate Brokerage brochure for 19 Bloor Street West, notes MacRumors. The document touts to prospective tenants, “near term co-tenancy includes Apple”, while another reference says “steps from the future home of Apple in ‘The One’.” 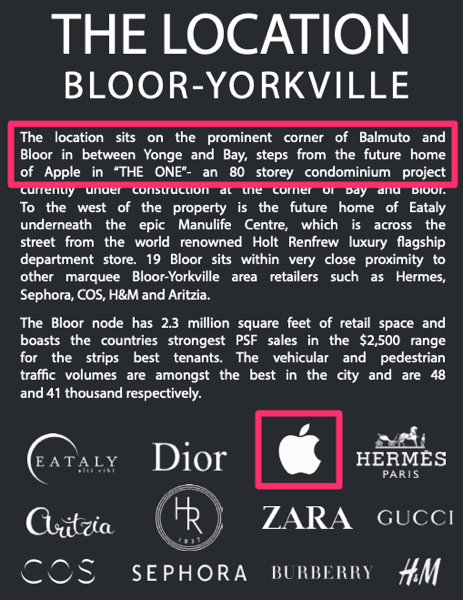 Back in 2016, Apple reportedly ditched plans to launch a new store at Yonge and Bloor, but now that looks to happen but in a different fashion, at a grander scale.

Apple Canada is currently headquartered in downtown Toronto, after relocating from Markham in 2015.

Are you looking forward to a larger Apple Store at Eaton Centre in Toronto?