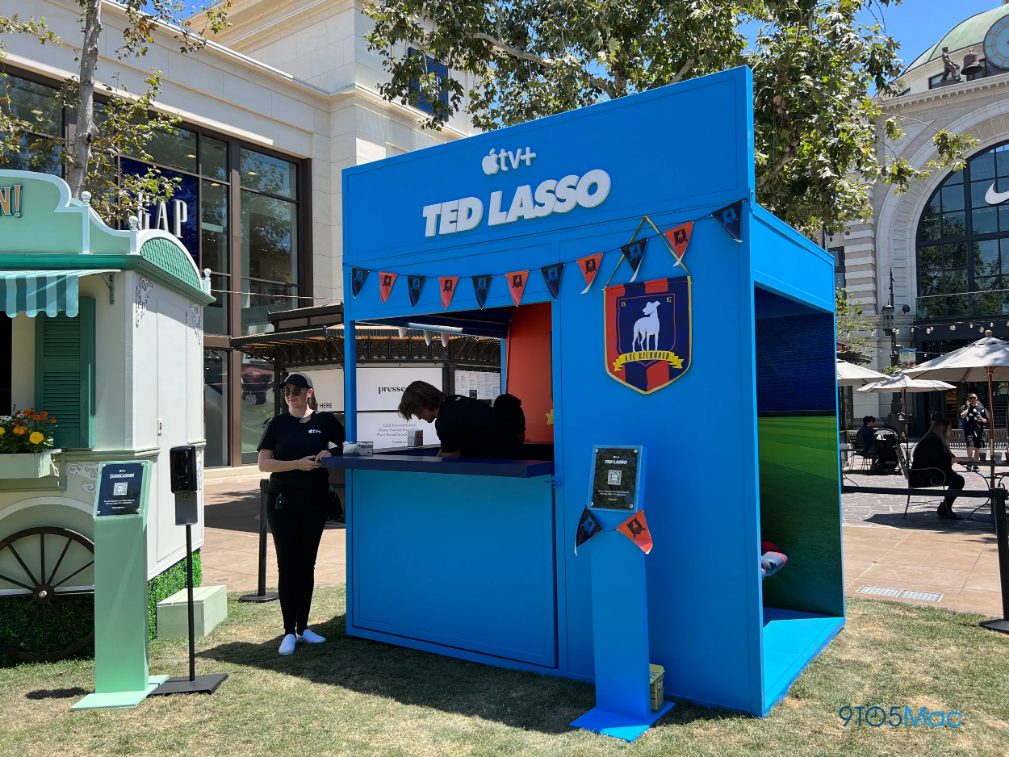 Apple has taken an innovative new approach to the promotion of Apple TV+ shows and movies at its retail locations: pop-ups inspired by and modelled after Ted Lasso, Severance, and other titles, which the company has installed at its historic store at The Grove in Los Angeles — reports 9to5Mac.

Apple The Grove, which is what Apple would like you to call the outlet ever since the company dropped “store” from the names of its physical storefronts back in 2016, is situated inside one of L.A.’s most popular shopping destinations and originally opened up in 2002. Last year, Apple relocated the store to a new location inside The Grove, coupled with a complete redesign.

The store now has an area with multiple pop-ups themed around Apple TV+ shows, complete with features and props related to each show. For example, the pop-up for The Morning Show has a stand and background seen in the series, so visitors can take photos as the fictional show’s hosts.

Featured shows include The Afterparty, Schmigadoon!, Pachinko, Ted Lasso, The Morning Show, WeCrashed, and Severance. The pop-up area even serves snacks like pretzels and ice cream in similarly themed utensils.

Sprinkled around the pop-ups at the outlet are QR codes, which redirect users to a show’s page on the Apple TV app when scanned. The pop-ups will remain at Apple The Grove until the end of this month.

Apple reportedly wants an easy way for people to build augmented reality apps, that might even be assisted by the company’s Siri voice assistant, reports The Information. Unnamed sources say Apple plans to let Siri build an AR app when asked through its upcoming mixed-reality headset. These apps would then be able to submit to […]
Gary Ng
13 mins ago