AppleCare+ for iPhone Sees Price Increase to $129 in Canada

Apple has been raising prices of iPhones and Macs in Canada due to the lowering Canadian dollar, and the latest increase is AppleCare+ for iPhone, which now costs $129, a $30 increase compared to its former price of $99, as seen below: 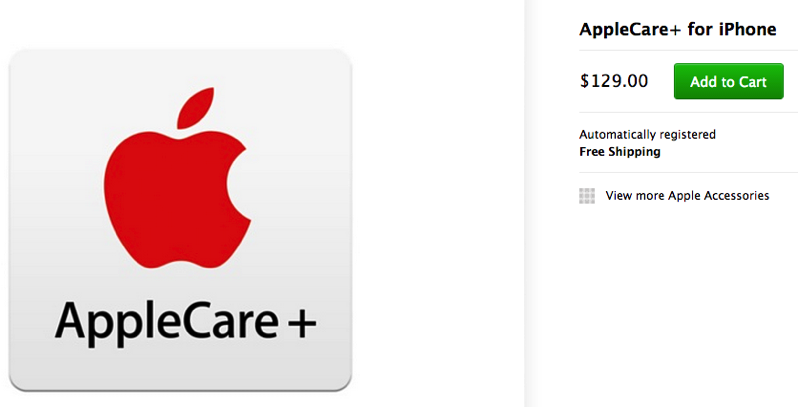 Accidental damage incidents still remain at $79 each, up to a maximum of two claims. For out of warranty costs for iPhone 6 and iPhone 6 Plus, back in September they were priced at $299 and $369 respectively.

Back in March, Apple increased the prices of unlocked iPhone 6 models, ranging from $90-$150 jumps depending on the model, with the Big 3 carriers eventually reflecting the price bump in its subsidized contract pricing.

Apple also increased prices of software in the App Store back in January to reflect the lower Canadian dollar.

Yesterday, Apple introduced a new 15-inch MacBook Pro with Force Touch trackpad, along with a new 27-inch Retina 5K iMac configuration and a new iPhone 6-compatible Lightning dock. But it also increased the prices of the 21.5 and 27-inch iMac models by $100-$150, Mac Pro by $200-$400 and Mac mini by $50-$120, plus accessories such as the Magic Mouse and USB-C adapters.

The bottom line: owning an iPhone is getting a bit more expensive here and so is AppleCare+, for those that swear by it. AppleCare+ can be purchased up to 60 days after you buy your iPhone. Will this 30% price bump make you think twice after AppleCare+ for the next time around?