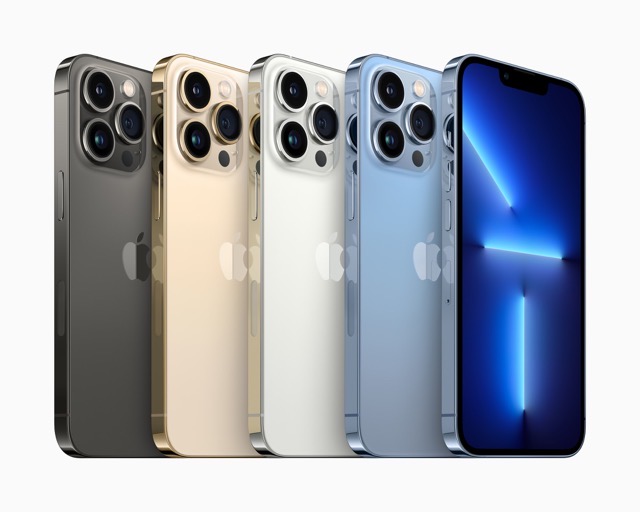 The iPhone 13 Pro, with Apple’s new A15 Bionic chipset, posted an overall 839,675 points. For reference, that’s 133,950 points (or 18.9%) higher than its predecessor, last year’s iPhone 12 Pro. With these results made public, the iPhone 13 Pro has officially climbed to the top of AnTuTu’s leaderboards for iOS devices, second only to Apple’s M1-powered Macs. 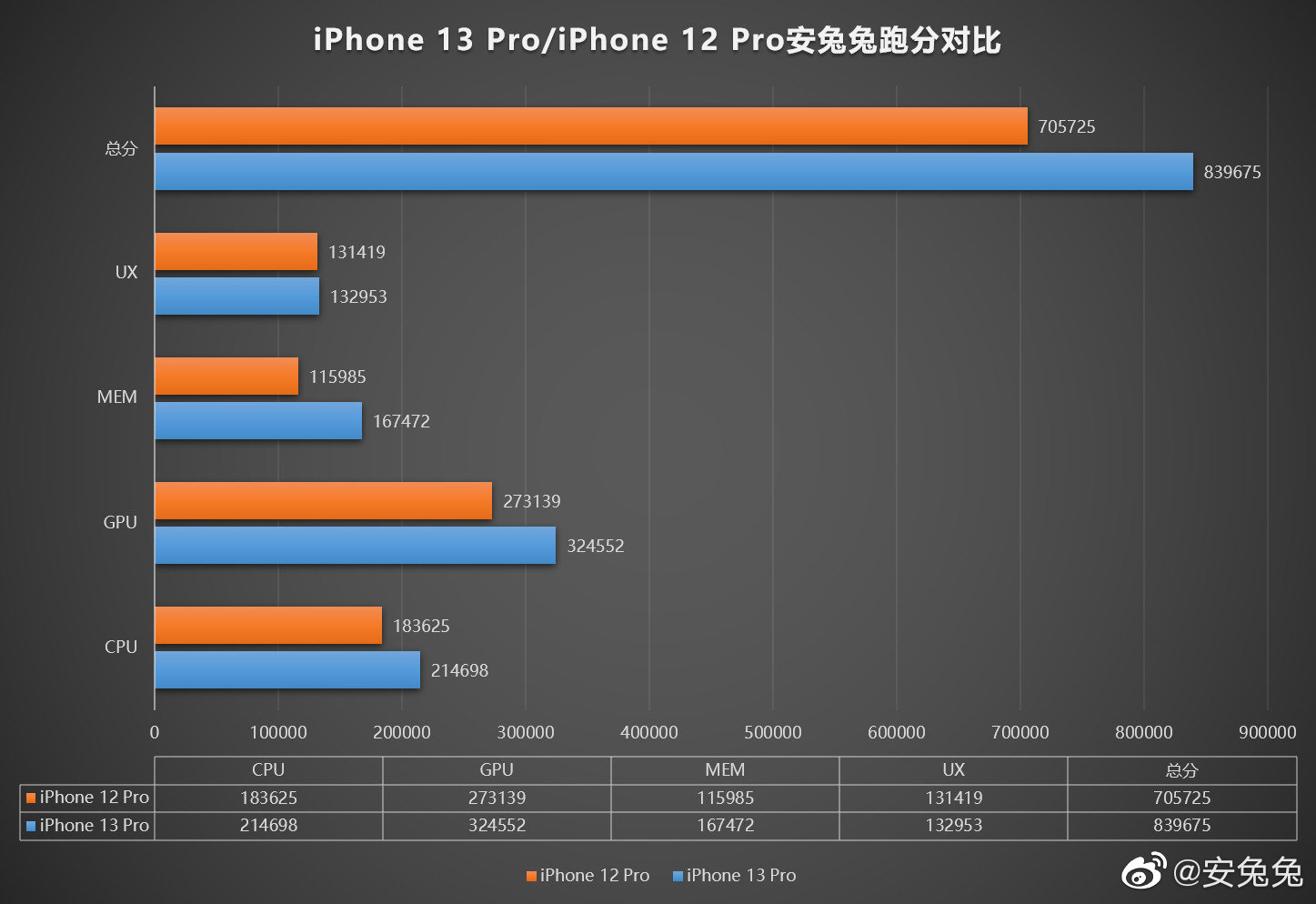 The iPhone 13 Pro scored 214,698 on AnTuTu’s CPU test, and 324,552 on its GPU test. The iPhone 13 Pro is also one of the two phones in the lineup that feature an even faster GPU than the base iPhone 13, so these scores are close to the best ones you can expect from Apple’s latest flagship line.

The 13 Pro also scored 167,472 on AnTuTu’s memory test, which is 44% higher than the iPhone 12 Pro. This year’s iPhone features significantly faster memory than last year’s models.

For clarity, AnTuTu conducted its tests on an iPhone 13 Pro with 1 TB of internal storage (the maximum available), and 6 GB of RAM (standard on all versions regardless of internal capacity).

While the iPhone 13 Pro has quite possibly become the fastest phone on the market right now, AnTuTu’s benchmarks for iOS and Android are calculated differently and, hence, aren’t directly comparable.