iPhone 13 Pre-Order Date & Time in Canada: How to Order Easily and Quickly 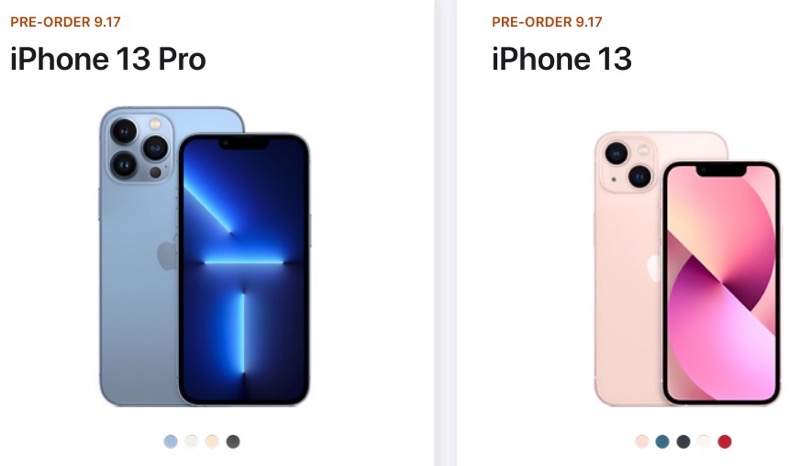 What time is Apple’s iPhone 13 pre-order in Canada? Is your wallet excited yet?

If you’re new to pre-ordering iPhones from Apple, the easiest and by far fastest way to do so for the iPhone 13 lineup is to use the Apple Store iPhone app, the company’s shopping app.

Here are some simple steps to get yourself set up for tomorrow’s iPhone 13 and iPhone 13 Pro pre-order:

2. Open the Apple Store app, tap your profile picture in the top right corner, and set up your Primary Payment and Primary Shipping details. You won’t be able to do this once the Apple store goes down later this evening, likely around dinnertime PST.

3. Next, configure the iPhone 13 model you want, select your colour, storage, etc. Once you’ve picked your preferences, tap the ‘heart’ icon to make this configuration one of your favourites to access later.

4. When the Apple Store goes back online at 5am PST/8am EST on Friday, September 17, launch the Apple Store iOS app, tap the ‘For You’ along the bottom, then scroll down to ‘Your favourites’. You should see the config you set up today. Tap it and then proceed with check out. 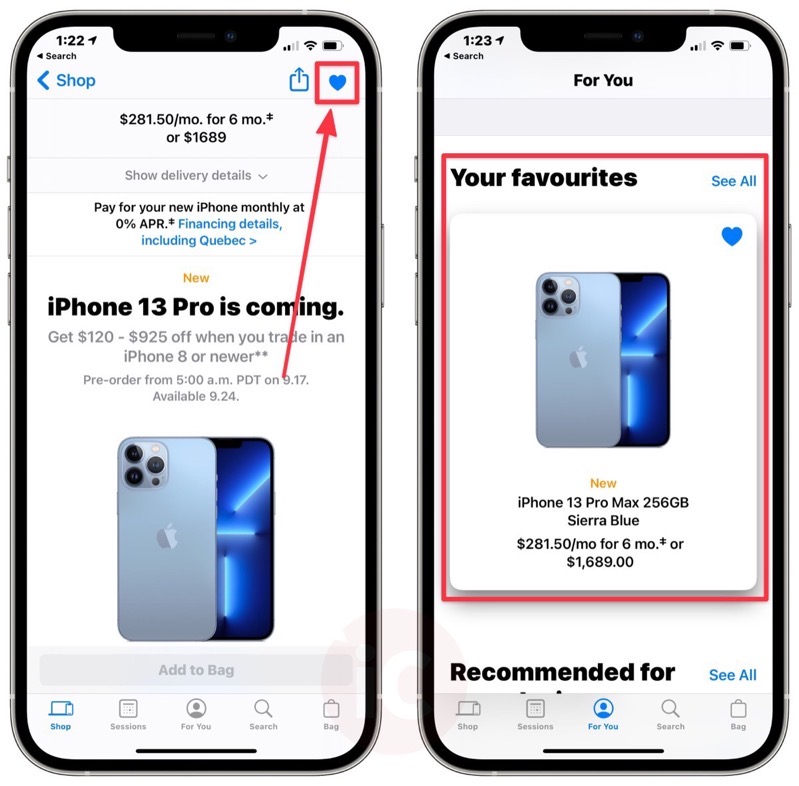 Not sure what to buy? Check out the following articles that may help:

Wireless carriers such as Rogers/Fido, Telus/Koodo, Bell/Virgin and Shaw Mobile/Freedom Mobile will have iPhone 13 lineup pre-orders for September 17. Contract pricing remains to be announced. Stay tuned to those respective stories for updates.

Here are some other iPhone 13 and iPhone 13 Pro pre-order tips:

With all this being said, the “excitement” around this year’s iPhone 13 lineup doesn’t seem as big, considering this year’s feature upgrades could be considered an “S” year (iPhone 12s and iPhone 12s Pro anyone?). But for those that have patiently waited to upgrade from older iPhones (iPhone 8 or older), this year will be a good upgrade for you.