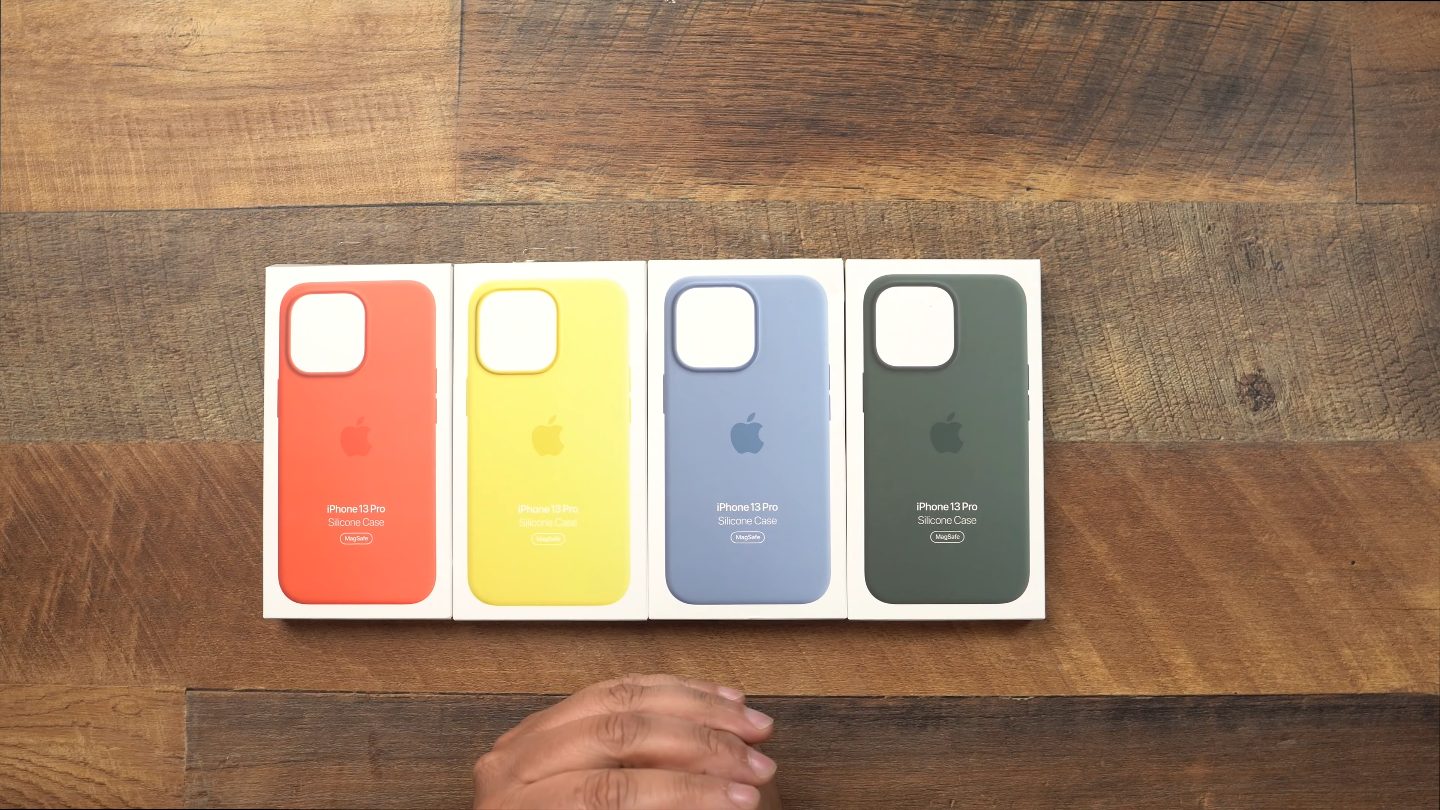 In a video published on Friday, tech YouTuber TechnicallyTee unboxes all four new colour options and pops them onto both a Graphite and a Sierra Blue iPhone 13 Pro, one by one, to give us some first impressions of how each looks on Apple’s 2021 flagship.

The four new colour options cost the same as other iPhone 13 cases from Apple, at $69 CAD for all four models. The new cases, like the rest of Apple’s iPhone 13 silicone case lineup, are MagSafe compatible.

Check out the full unboxing video below: