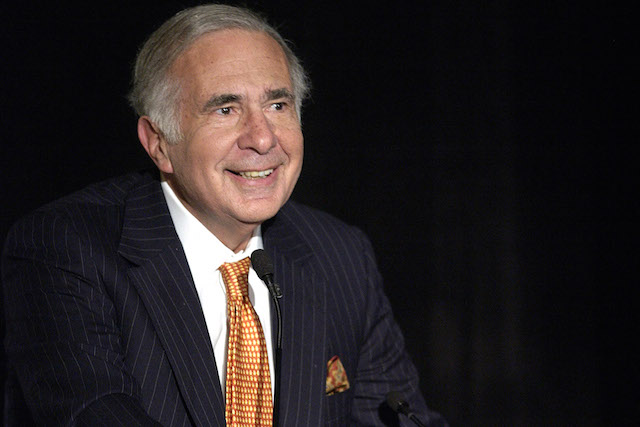 While speaking to shareholders earlier today, billionaire investor Carl Icahn shared his excitement about Apple’s upcoming products, including the rumoured Apple car. “I look forward to wearing the watch in the very near future and possibly driving the car in the more distant future” he said. According to CNN Money, Icahn’s comments suggest the billionaire is comfortable with the idea of Apple spending enormous amounts of money on a rumored car project.

Icahn’s blessing is noteworthy because just a few years ago the investor led the charge in publicly pushing Apple CEO Tim Cook to return more cash to shareholders. The campaign worked, with Apple buying back $57 billion of its own stock in the past year alone. Icahn may be talking up the prospects of an Apple car, but it’s not clear one will ever emerge. Apple has not publicly admitted it’s developing a car business. However, there is mounting evidence that something’s up.

Recent reports have hinted that Apple has already hired hundreds of employees to work on a project aimed at launching an electric car. Furthermore, another report earlier this month claimed that the iPhone maker is poaching car battery engineers for its mysterious car project.

Check out the CNN video below:

CEO of Tesla, Elon Musk, has also recently acknowledged he met with Apple’s acquisitions chief last year, though it’s not clear what they talked about.