In February of this year Apple began a new internal campaign for its employees – the “Close the Rings” campaign encouraged employees to become more active by closing their Apple Watch Activity rings every day. 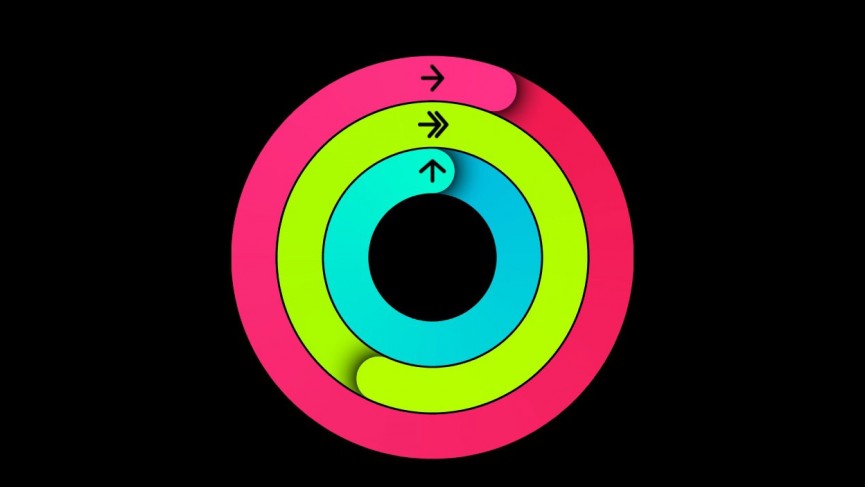 Participants who completed daily stand, movement and exercise goals, or “closed the rings,” for each day in February are being awarded special prizes in recognition of their efforts.

Recently, images have released on Instagram showing rewards such as different-colored pins as well as t-shirts, according to a report from 9to5Mac. Apparently there seem to be three different levels of prizes as part of the “Close the Rings” campaign – bronze, silver, and gold. On the t-shirt that many employees have received, an image of filled Activity Rings appears on the front, while an Apple logo appears on the back.

Every detail of Apple also comes with a small text:

Welcome to the winner’s circle. You did it. You completed the Close the Rings Challenge, and this badge is proof. Wear it, display it, or place it in your frige.

Let it be a reminder that even though the Challenge is over, your healthier lifestyle is just beginning.

According to the report, Apple used a third-party app called “Challenges” to conduct its “Close the Rings” event. The app, developed by FitNow, compiles and assigns point values to workout data, allowing users to participate in team-based challenges.

Some 40,000 employees took part in the initiative, the report said, though how many shirts and pins Apple passed out is unclear.

These pins and t-shirts given out by Apple will certainly become a must-have item for many Apple collectors, although, at this point, it’s still unknown how rare the shirts really are, as the program could be continued through the next months.

Now if Apple could pull this off for customers, that would be pretty awesome.