While all of the payment platforms were “good enough to use,” Apple Pay Cash — with a score of 76 — was crowned the victor due to its stronger-than-usual privacy and security.

“Apple Pay was the only service that got top marks from CR for data privacy, because its policies state that it limits the information it collects and shares on users and their transactions,” read the results. “It doesn’t store credit card or debit card numbers, and it states in the terms and conditions that it doesn’t sell users’ personal information to third parties, CR found.” 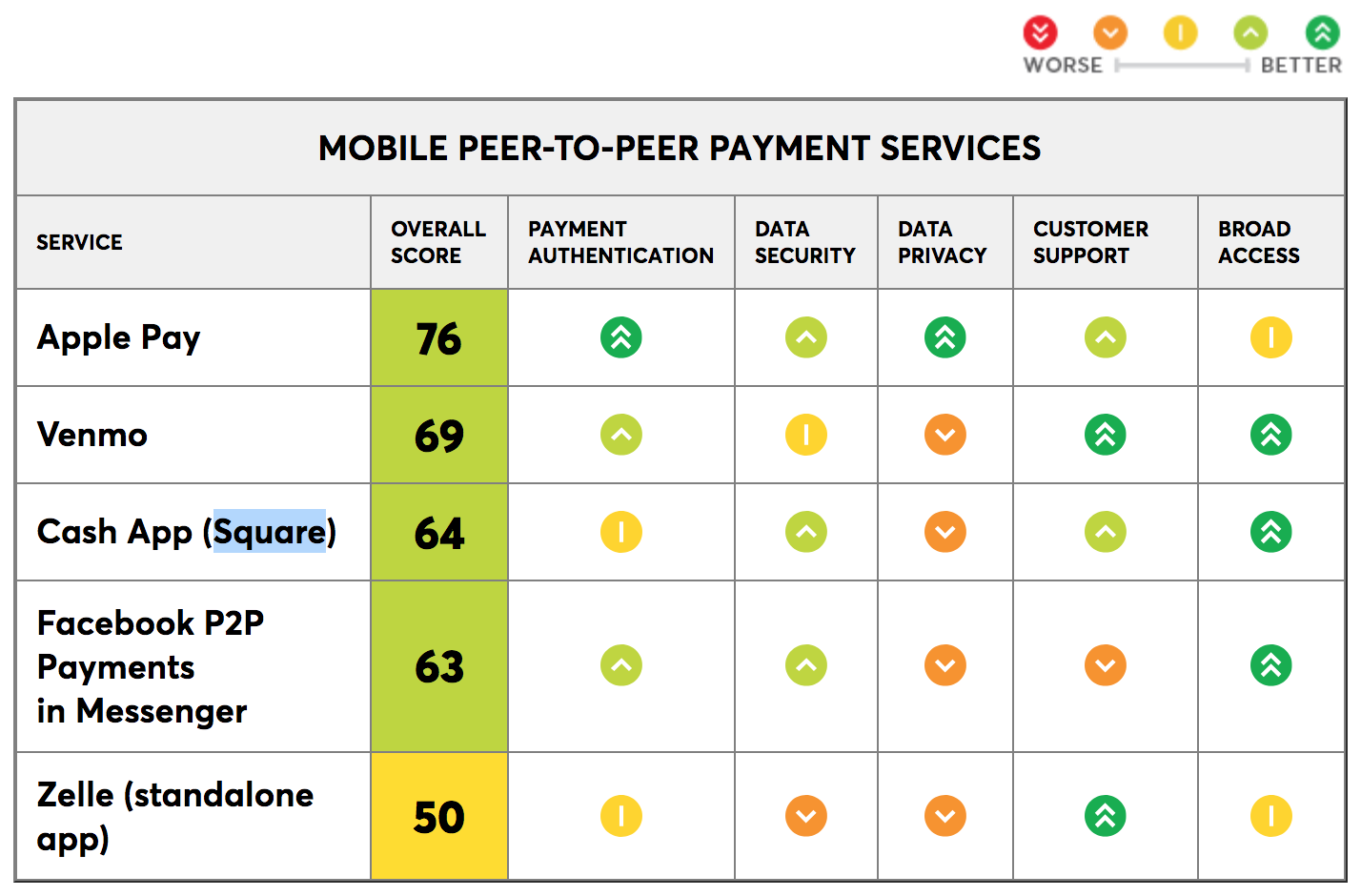 Venmo, Square Cash, and Facebook Messenger were all considered slightly above average in most respects outside of privacy. The bank-backed service Zelle was the main straggler. In addition to unclear data policies, it didn’t include a way to confirm payments in its main mobile app.

Venmo was the second-highest scored platform with a 69 rating, while Square Cash received a 64, Facebook a 63, and Zelle a 50. Zelle was particularly slammed for payment authentication, data security, data privacy, and broad access. A score of 81 to 100 is excellent, 61 to 80 is very good, and 41 to 60 is good, according to Consumer Reports.

Unfortunately, Apple Pay Cash is currently only available in the US for US residents aged 18 and over — there’s still no word on when or whether Apple plans to expand the service to Canada.

Check out Consumer Reports’ full breakdown of these services here.