Design Your Own Apple Watch Using This New Interactive Site

A newly launched website called Mix Your Watch allows users to design their own Apple Watch and see what different combinations of bands and colours look like roughly a month before its expected launch.

The website gives you three main options for the watch’s case, including steel, aluminium, or gold. Each of those options also have subtle colour variations, for example you can pick between regular gold and rose gold. The site lists all of the known band options, including leather and steel bands that come in a variety of styles and colours. 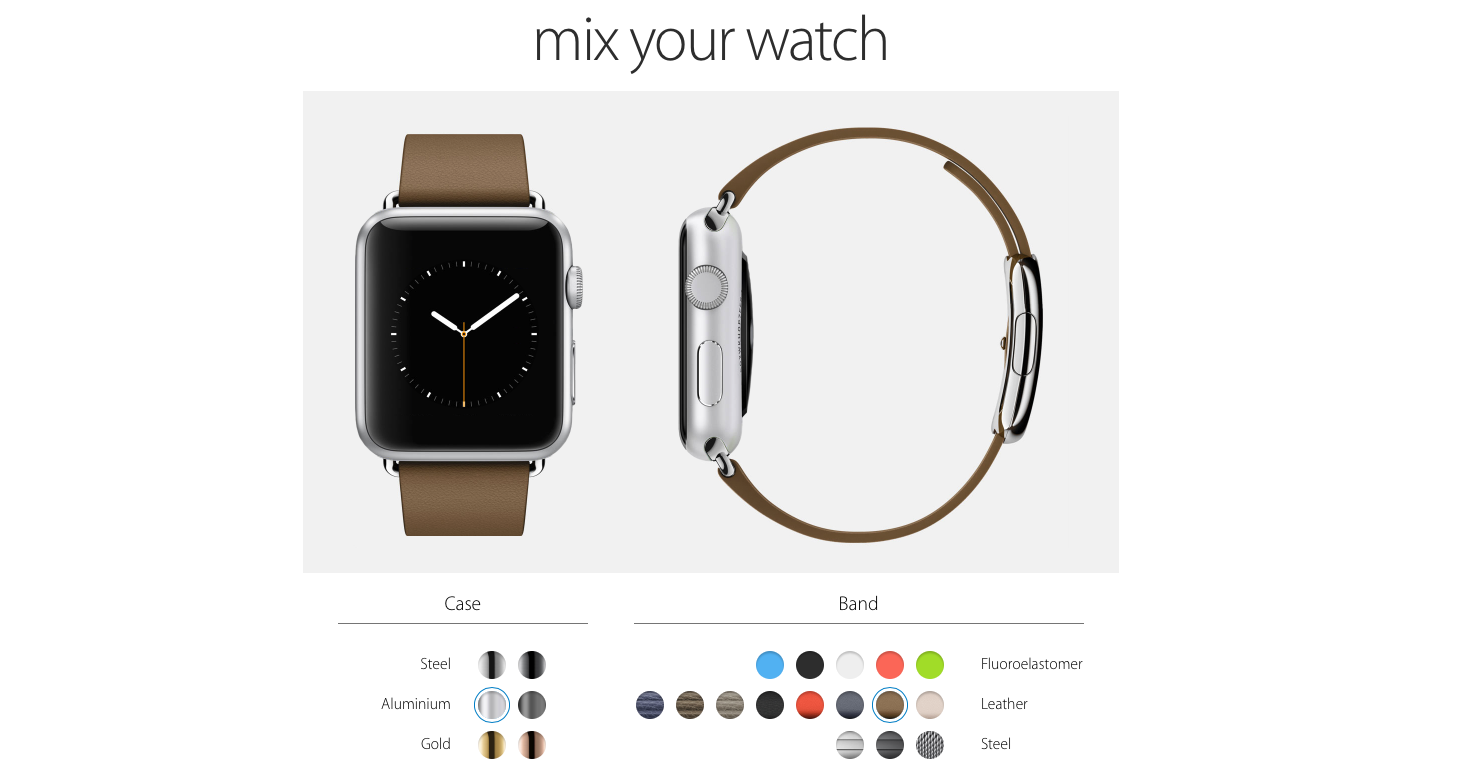 If you want to design your own Apple Watch, you should definitely check out Mix Your Watch by clicking here. What is your favourite Apple Watch design combination? Let us know in the comments below.