‘Designed by Apple in California’ Book Hits Canada, Priced from $279

Just when you thought Canada was missing out on Apple’s latest photo book titled ‘Designed by Apple in California’, the latter has launched sales here both online and in Apple retail stores.

The prices are as follows (in CAD): 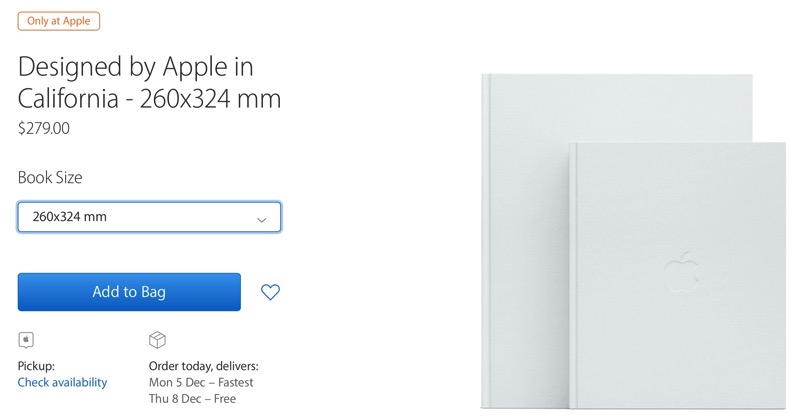 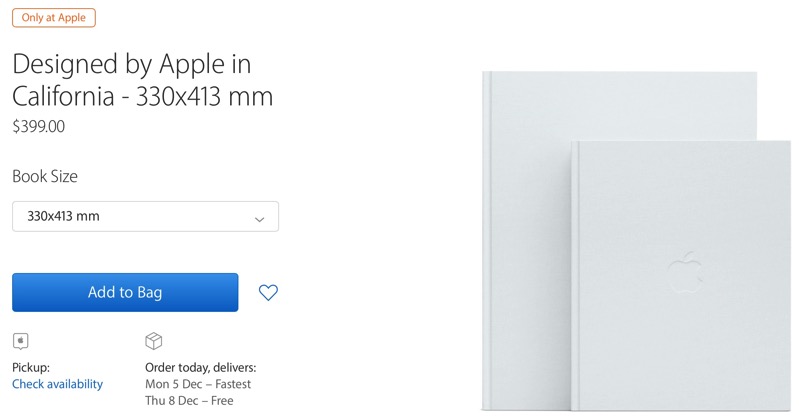 Both books are in stock and delivery can come as soon as next week (Dec. 5), depending on which speed you choose.

The book can also be ordered for pick up at Apple Retail stores, and according to our quick check online, the book will arrive in Metro Vancouver locations on Thursday, December 8.

The photo book celebrates 20 years of Apple design and is dedicated to Steve Jobs, according to Apple design chief Jony Ive. The book is also being sent to various design schools worldwide for students to browse and learn from. If you want to preview every single page, check out this video here.

Sales originally launched on November 16 for Australia, France, Germany, Hong Kong, Japan, Korea, Taiwan, the UK and the US.

Anyone getting this? This will make a sweet Christmas present.

Apple has just teased a handful of new titles which will be added to Apple Arcade’s ever-growing catalog of games during the month of December. In a tweet posted earlier today, Apple shared the following three new games are coming to its gaming subscription service this month: Dead Cells+ by MotionTwin JellyCar Worlds by Walaber...
Usman Qureshi
4 mins ago

Twitter has today highlighted its continued commitment to promote and protect the public conversation, noting that it is now better positioned to realize its ambitions than ever before. "As you’ve seen over the past several weeks, Twitter is embracing public testing,” the social networking company said in a blog post titled 'Twitter 2.0.’ “This open...
Usman Qureshi
19 mins ago