Twitter CEO Elon Musk on Saturday shared slides from a recent internal meeting where he detailed his plans for “Twitter 2.0.”

Musk has made it clear that he wants to turn Twitter into “the everything app” he has envisioned for quite some time now. According to Musk’s presentation, Twitter is actually hiring right now.

Musk cleaned house at Twitter after he took over, terminating half of the workforce. Hundreds more chose to depart the social media company after he gave employees an ultimatum to commit to working “long hours at high intensity” or leave.

While some of Musk’s recent decisions have ranged from baffling at best to an absolute trainwreck (read: $9.99 CAD/month account verification subscription) at worst, the social network’s statistics have never been healthier. Twitter averaged a record two million new user sign-ups in the seven days ending November 16, Musk’s slides showed. 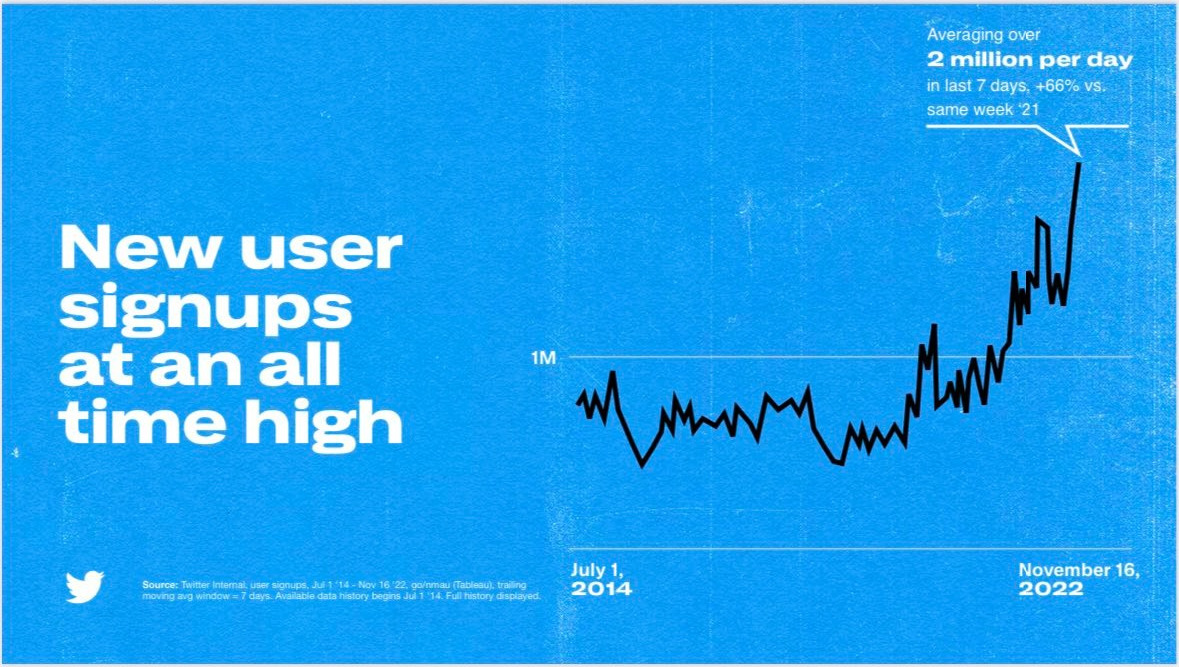 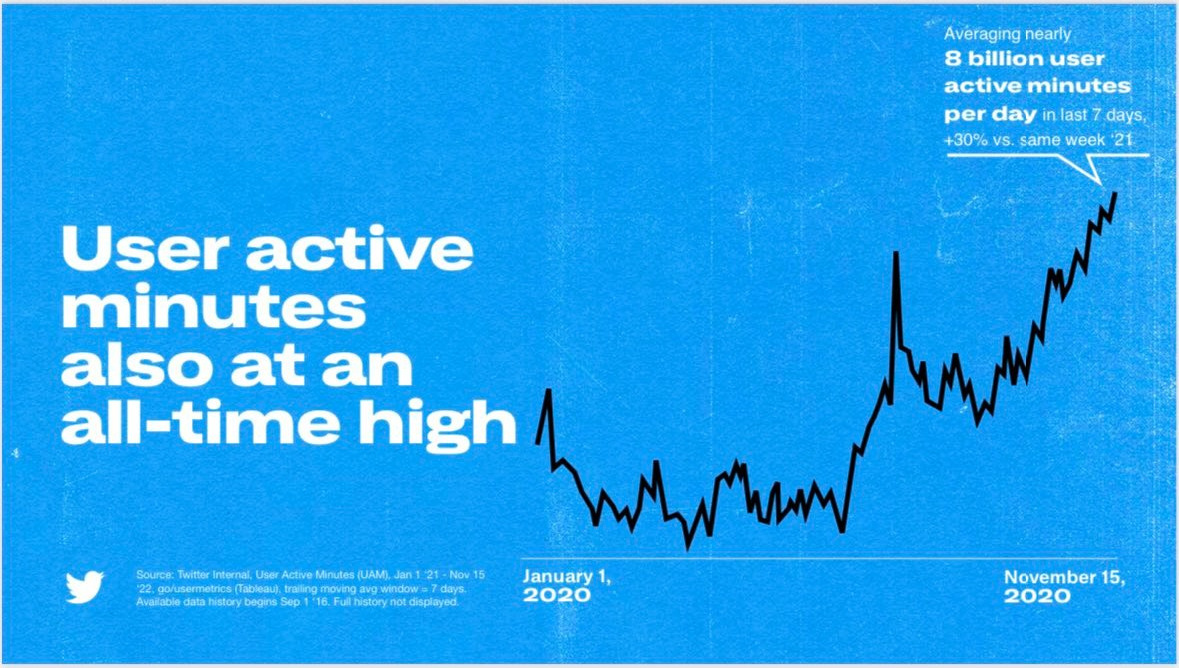 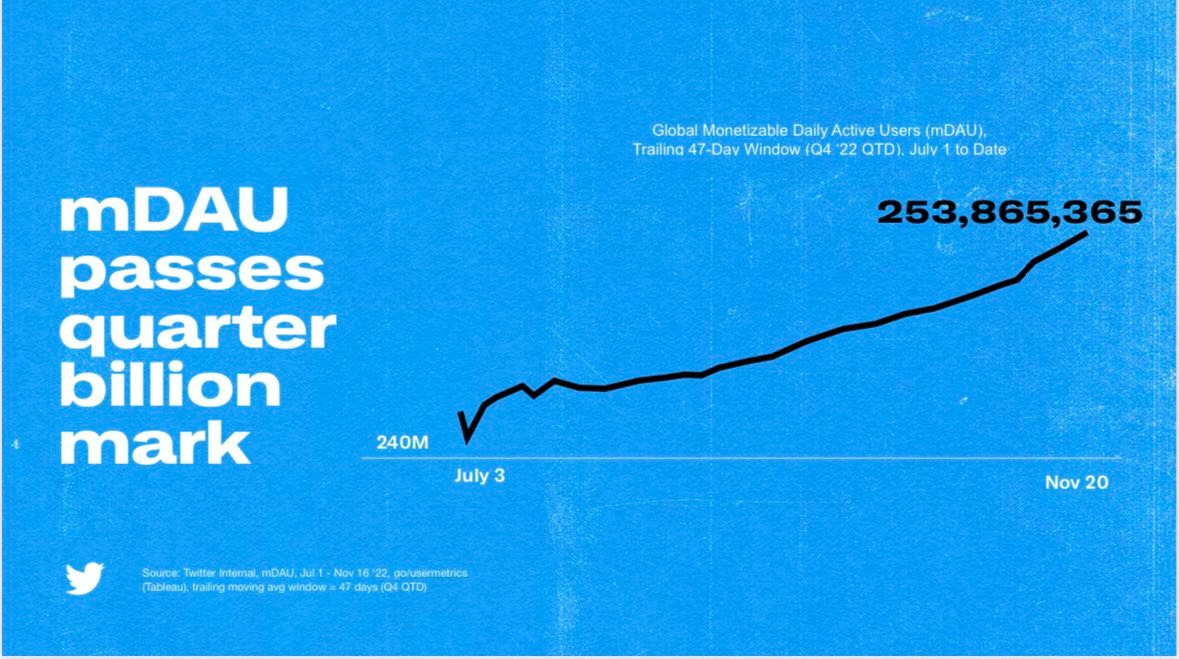 As for Musk’s plans for Twitter’s future and turning the platform into “the everything app,” introducing high-quality, entertaining advertisements and support for long-form videos are some of the items on the agenda.

Twitter has been bleeding advertising partners ever since Musk took over, so driving them back toward the social network is certainly a good idea.

With long-form video support, Musk wants to lure video content creators to the platform in a larger capacity than merely their social presence. To that end, Musk has said that Twitter will offer better revenue-sharing terms than YouTube, the current top choice for video creators. 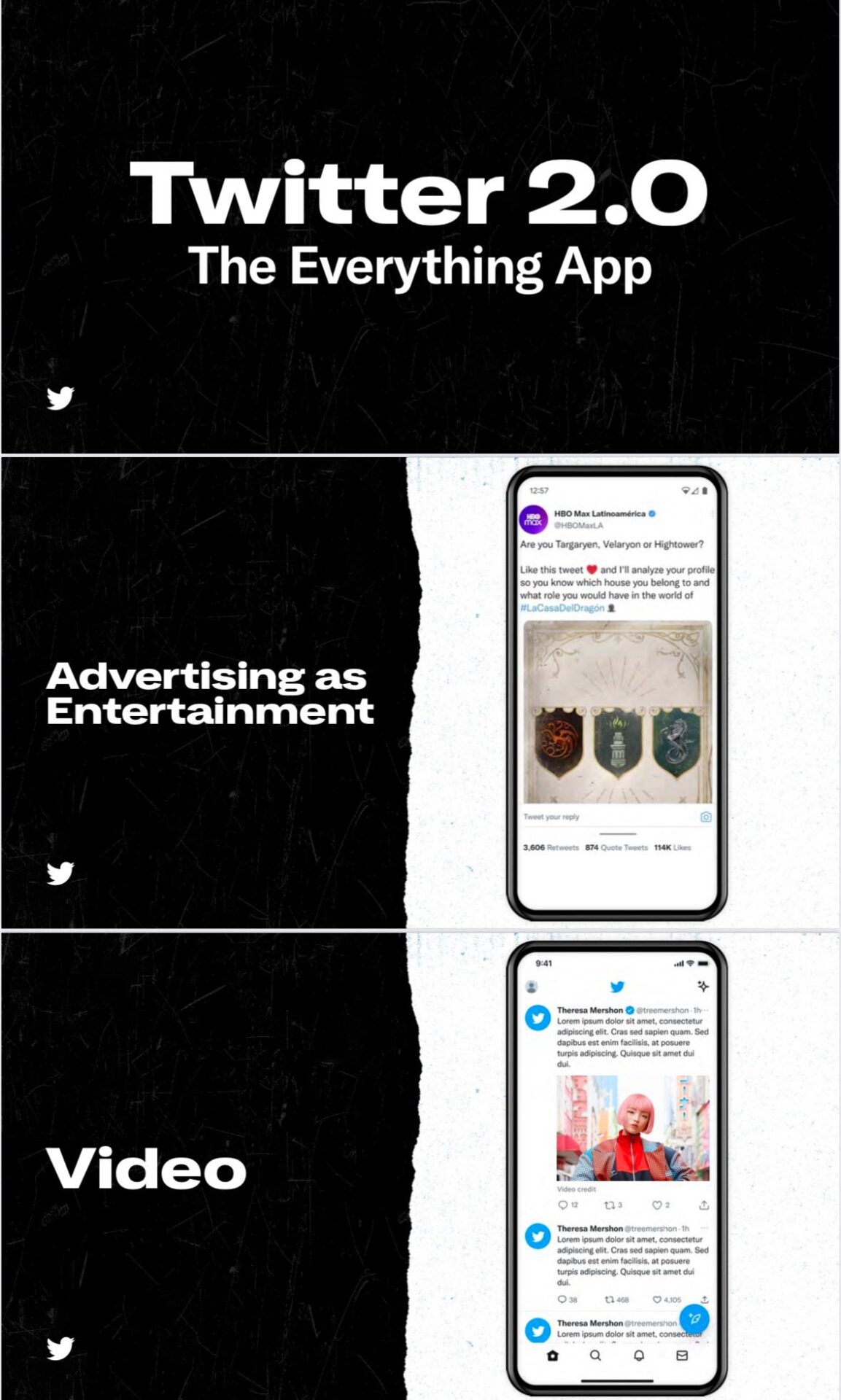 Musk also laid out plans for end-to-end encrypted direct messages, which we reported yesterday are coming soon thanks to some help from security-focused instant messaging platform Signal.

Twitter’s ‘Chief Twit’ also wants to allow users to post long-form text tweets, and one of the slides was about the relaunch of the $9.99 CAD per month “Blue Verified” subscription.

The subscription’s original launch earlier this month created an impersonation nightmare on the platform, so it was pulled to iron out the kinks. Musk revealed earlier this week that the account verification subscription will be reintroduced on December 2, along with a new colour-coded checkmark system.

The slide deck for the presentation also included a mysterious section on “Payments.” While this could have something to do with integrating more payment systems into Twitter (cryptocurrency, maybe?), it could also refer to Musk’s plans for Twitter’s payments business, which currently only comprises tipping and shopping.