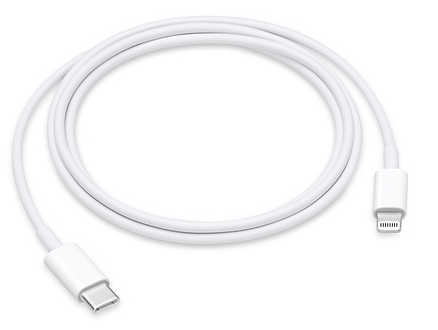 The European Council on Monday rendered its “final approval” for new European Union (EU) legislation that will force USB-C adoption on most devices from technology companies — most notably Apple, which has held out on iPhones and AirPods while transitioning the rest of its product portfolio to the almost-universal standard.

It looks like the days of enthusiasts jury-rigging iPhones with USB-C ports might soon come to an end, though. Come late 2024, Apple — and other tech manufacturers — will be required to have USB-C ports on most devices.

The European Council announced the decision in a press release. “It will no longer be necessary to buy a different charger every time you purchase a new mobile phone or similar device: all of them can be recharged using the same charger,” the Council said.

The EU’s new rules will mandate USB-C ports on:

“We all have at least three mobile phone chargers at home. Looking for the right charger, either at home or at work, can be quite annoying,” said Jozef Síkela, Czech Minister of Industry and Trade. “On top of this, these chargers amount to 11.000 tonnes of e-waste every year. Having a charger that fits multiple devices will save money and time and also helps us reduce electronic waste.”

The EU’s common charger mandate has been more than a year in the making. A proposal to adopt USB-C was first tabled by the European Commission in September 2021.

The EU’s new common charger law goes beyond just mandatory USB-C adoption. Manufacturers will also be required to include a newly-introduced pictogram indicating a device’s charging performance and whether it comes with an included charger on product packaging.

What’s more, the directive will force companies to let consumers choose whether they want to purchase a new device with or without a charger — a choice that was taken away from buyers when smartphone companies stopped including chargers, an industry trend Apple pioneered with the iPhone 12 in 2020.

With the EU spelling the end for proprietary connectors like Apple’s ancient Lightning port, the rest of the world will likely follow in the footsteps of the European Parliament’s common charger directive. There has already been chatter of U.S. senators wanting to standardize USB-C for mobile devices.

While Apple has strongly opposed the EU’s call for a common charger, the tech giant could see lawmakers breathing down its neck and has already been testing iPhones with USB-C ports internally. We could see Apple launch the first iPhone with a USB-C port as early as next year.

Earlier this month Twitter’s ‘Chief Twit’ Elon Musk said encrypted direct messages were coming, and now we’re seeing evidence how the company will achieve this. According to researcher Jane Manchun Wong, she said on Saturday evening, “Twitter will adopt the Signal Protocol for Encrypted DMs. Seeing code references of the Signal Protocol inside Twitter’s iOS app.” […]
Gary Ng
29 mins ago

Virgin Plus has a new Black Friday deal that started today for Apple’s iPhone 13 with 128GB storage. You can get the iPhone 13 128GB for $5/month financing, with the current promo $45/50GB plan on a 24-month term. No upfront payments or bring-it-back terms. This deal was found at the Virgin Plus store at Square […]
IIC Deals
42 mins ago