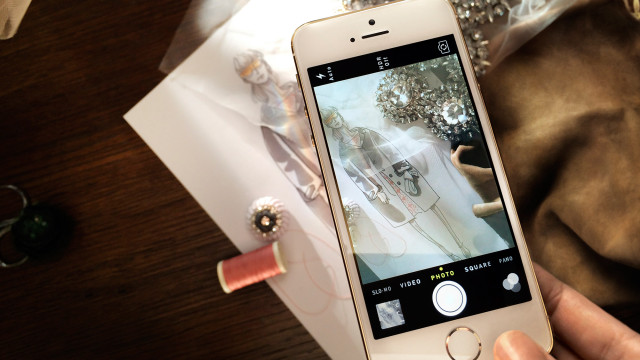 When Apple introduced the iPhone 5s, some of us expected — based on earlier rumours — a 12MP camera. We’ve got an improved 8MP camera instead with some big claims from Apple’s head of worldwide marketing.

Those claims were backed by beautiful pictures, but what about getting to see that iPhone 5s camera in action outside the company’s press event? In fact, today we could see the handset’s capabilities, as fashion brand Burberry used the iPhone 5s to capture stills, videos, and celebrity snapshots at its Sprint/Summer fashion show, which took place earlier in London (via CNET).

Apple announced in a press release on Thursday that the iPhone 5s will go under live testing, and the results are in: the show was entirely shot on the forthcoming handset’s native video app, along with the FiLMiC and TurtleHead Pro.

Here is what Christopher Bailey’s, Burberry’s chief creative officer thinks about the importance of technology (via Pocket-Lint):

How important is technology to what Burberry does?

Has technology changed the way you design clothes?

100 per cent. The way we can now formulate ideas and share them on a range of platforms is so much easier.

The results speak for themselves. You can access more videos by visiting the video stream posted on Burberry’s website.

Do the videos and stills convince you?

Today Apple announced its Q1 2023 earnings, reporting $117.2 billion in revenue and net income of $29.9 billion for the December quarter. Revenue was down 5% year-over-year, affected by production disruptions in China due to COVID-19. Apple CEO Tim Cook told Reuters in an interview that production disruptions are essentially over, as they “lasted through […]
Gary Ng
37 mins ago