Apple’s “Follow and Perfect” Formula in Developing the New iPhone

Time and time again, Apple has been a proponent of the philosophy “best, not first.” The company has been known to utilize technologies and features that, while its rivals have not used so well, have eventually been adopted on a widespread level. 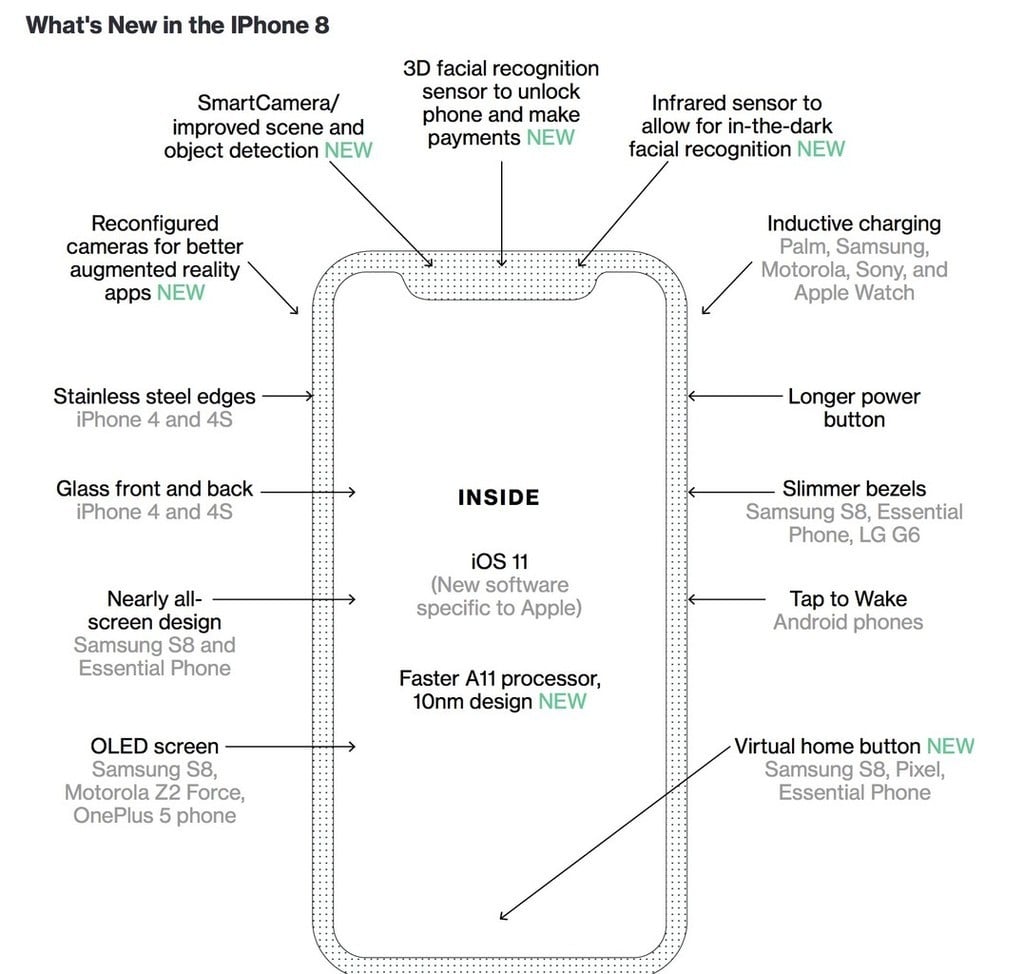 A new report from Bloomberg focuses on just that: Apple’s application of the “follow and perfect” business model. Rather than just listing the iPhone 8 features likely to arrive, Bloomberg looks at their origins in the smartphone industry as a whole.

“The new iPhone won’t be a case-study of innovation, more a matter of perfecting features that are already out there in rival devices,” reads the report. “Time and again, Apple has followed this ‘best, not first’ philosophy, seizing on technologies and features bungled by rivals and implementing them well enough to spur widespread adoption.”

The report notes, for example, that the stainless steel edges and glass front/back expected on the new iPhone were first introduced on the iPhone 4 in 2010. Conversely, the device’s wireless charging capabilities were originally seen on products from Motorola, Palm, Samsung, and Sony.

“If history is any guide, the new iPhone will be a huge hit,” reads the report. “Millions are already locked into the Apple ecosystem and trust the company to deliver its signature performance and elegance—even if some of features have been around for years.”

Apple isn’t the only company that employs this business model. Facebook, for example, has recently debuted a few photo features that were originally implemented by Snapchat. However, Apple does it arguably more than anyone else.

“The next iPhone will seamlessly mesh screen and charging technologies invented by others with such Apple innovations as a 3-D face scanner that unlocks the phone in a few hundred milliseconds,” reads the report.