Apple has recently announced the latest expansion of its sustainable forestry strategy, hoping to protect and/or create a large amount of responsible managed forests to help offset the company’s packaging footprint. 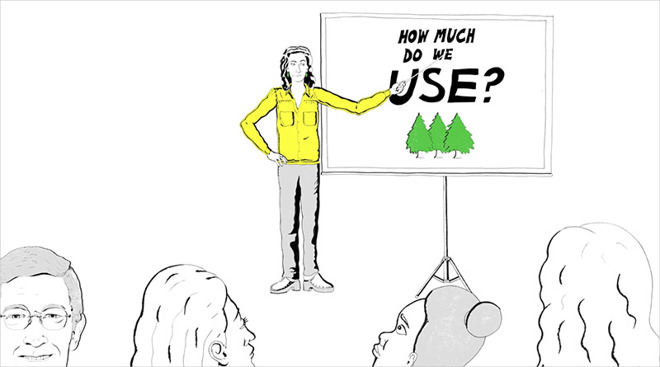 According to a new report from GreenBiz, Apple has announced that the Forest Stewardship Council had certified approximately 320,000 acres of working forest that the company supports in China, enough for all its product packaging.

“We found that the Chinese were willing to be wonderful partners, both on the private- and public-sector side because they have a real appreciation for the forest resource,” Lisa Jackson, VP of Environment, Policy and Social Initiatives, said.

The Forest Stewardship Council, an international non-profit NGO established in 1993, promotes responsible management of the world’s forests with standards on forest products, along with certifying and labeling them as eco-friendly.

Apple launched its forestry program in 2015, aiming to have over one million acres of forest responsibly managed by 2020, but achieved this goal in just two years.

Apple also released the latest in its animated video series, part of an innovative and decidedly un-Apple communications strategy, highlighting its forestry strategy. Check out the video below.