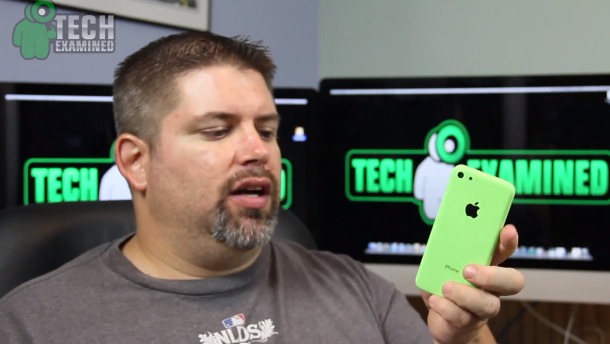 YouTube user TechExamined goes hands on the with alleged ‘budget iPhone’ shell that has been making its way around the web. We’ve seen numerous leaks of this shell, which many suspect to be a Chinese clone or knock-off of some sort. If you want a closer look at the case (but in green) which has been all over the web, you can check it out below (it makes for great discussion):

i got a hold of what could be the next budget iPhone?? Check it out Is this the Budget iPhone??: http://t.co/8t9nVnBmUh via @youtube

We’ve seen a previous hands-on of this in white, which was a plug to sell an Android phone in this shell called the ‘Basic Bear’ (WTF?).

What do you think of this shell? The real deal or just another knock off? KGI Securities analyst Ming-Chi Kuo released a report yesterday to say the budget plastic iPhone is expected to launch in early September at a price of $450-$550. Ain’t nobody got time for plastic—does Apple?