It looks as if a number of new Apple Watch complications could debut in a forthcoming watchOS update. 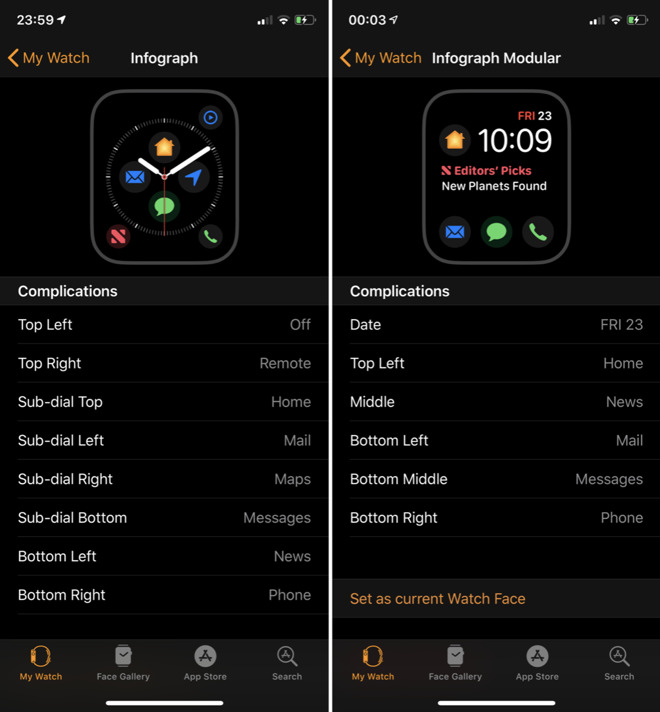 According to a new report from 9to5Mac, watchOS 5.1.1, which was released on Monday to fix a number of issues that were causing some Apple Watch Models to brick themselves, offers a peek at some new Apple complications for the Apple Watch Series 4.

While these complications are selectable in the Apple Watch app, they do not yet appear on the actual watch face as complications but rather blank zones, explains the report.

The functionality of these complications will remain unknown until the next watchOS update, but one can only assume that they will function as shortcuts to their corresponding watchOS apps.

The complications are likely meant for the forthcoming watchOS 5.1.2 update, which is expected to roll out to developers in beta at some point later this week. Apple likely failed to remove them from the update that wasn’t quite ready for the public but had to release it quickly due to the bricking issue.