Numerous iPhone users are constantly seeing a new permission prompt in iOS 16 whenever they try to paste text, images, or other content copied from one app into another app, and one Apple executive has confirmed that this is not intended behaviour (via MacRumors). 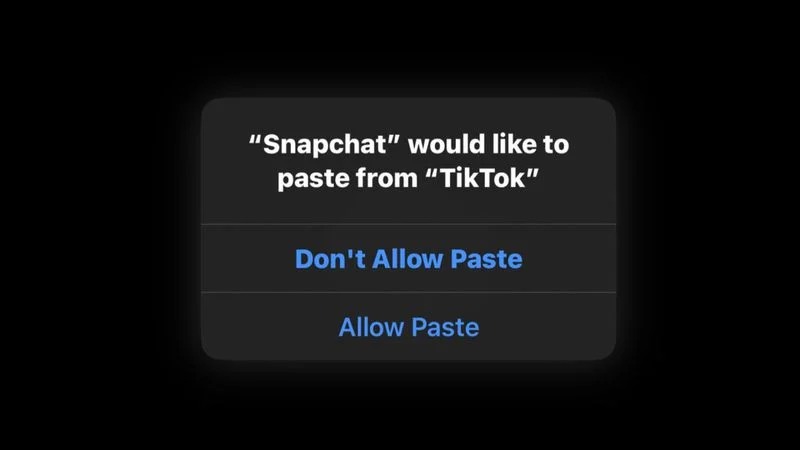 The user permission prompts in question are a new privacy feature built into iOS 16, which launched last week. They are intended to give users control over which apps can access their clipboards, which can contain sensitive content.

However, the prompts are not supposed to appear every single time an app tries to access your clipboard. Ron Huang, a senior manager at Apple, said this is “not expected behaviour” while responding to an email one user experiencing the issue sent to Apple CEO Tim Cook and SVP of software engineering Crag Federighi.

“This is absolutely not expected behaviour, and we will get to the bottom of it,” wrote Huang, who is listed as one of several inventors of the feature in a patent application for it.

According to the executive, the permission prompt is not supposed to pop up every time a user attempts to paste anything. He added that Apple has not seen this particular bug internally, but told the user who sent the email that they were “not the only one” to experience it.

The user suggested in their email that clipboard access should be added to the Settings app in iOS as a per-app toggle. Huang noted that the suggestion would make a “good improvement.”

He further said that Apple “certainly need to fix and make apps like Mail just work even without this setting, but it’s nonetheless helpful for apps which users want to share data with even if they didn’t initiate it.”

Apple will likely ship a fix for this problem in a future update. “Stay tuned,” Huang added.

Apple is currently beta testing iOS 16.1, a future iteration of which could address this issue.

The company’s iPhone 14 launch has seen some software bumps as well, with some iPhone 14 Pro and iPhone 14 Pro Max units freezing after data transfers.

Apple also released iOS 16.0.1, exclusively for the iPhone 14 lineup, to patch an activation issue on its newest iPhones.

Click here to get your iPhone 14 today. Apple will likely have these software bugs safely squared away by the time your order arrives.