Apple has released iOS 9.3 beta 2 for developers this afternoon, available as an over-the-air update or a standalone download within the Apple Developer Center. 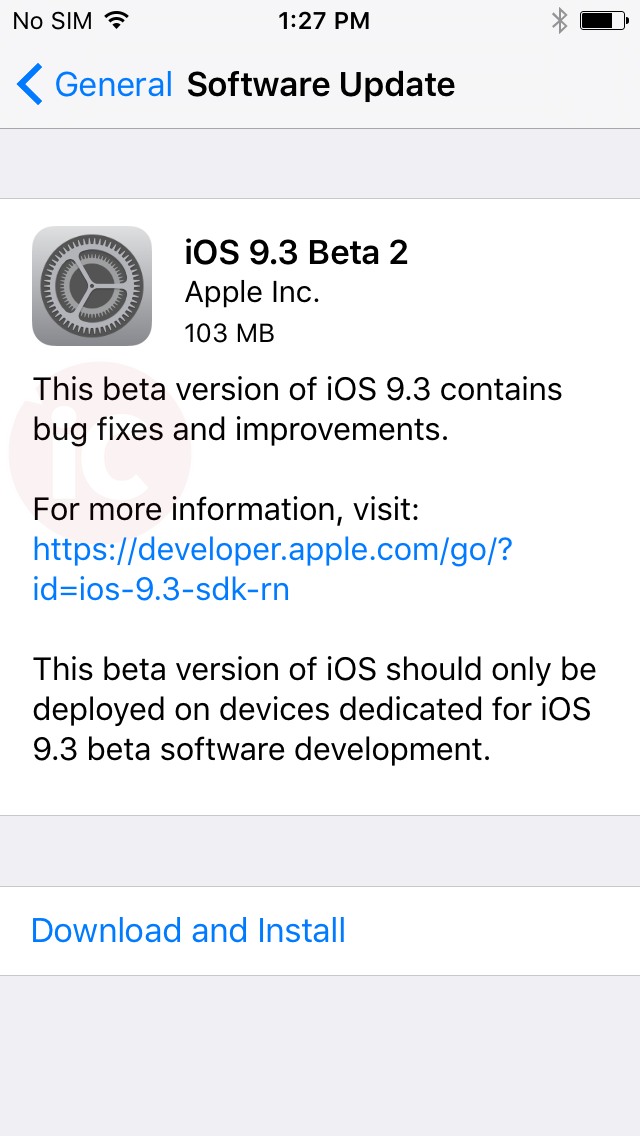 iOS 9.3 beta was released exactly two weeks ago, and introduced new features such as a new Night Shift Mode, detailed usage of Wi-Fi Assist data and more. You can checkout a round up of new features to expect here.

Update: As expected, a shortcut to Night Shift Mode has made its way into Control Center: