See How iOS Looks On a 4.7″ iPhone Display [VIDEO] 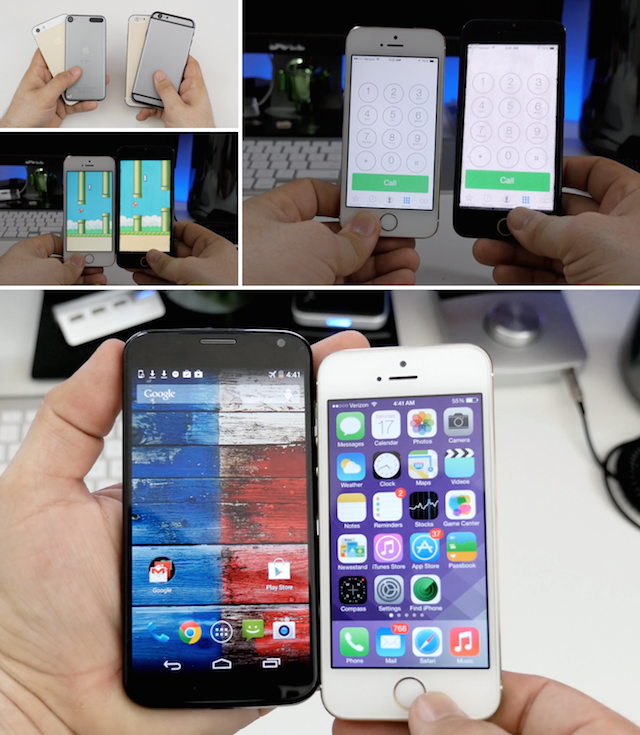 Amidst a growing number of rumours and leaks suggesting a larger, 4.7-inch ‘iPhone 6’ in the works for a release later this year, the folks over at 9to5Mac have ran an iOS simulation on a Moto X next to an iPhone 5s to show how Apple’s mobile operating system would look on a 4.7″ display. If Apple uses 960 x 1704 as a resolution for iPhone 6, upscaling majority of iOS, this is probably close to what we’ll see.

“In order to create a physical representation of an “iPhone 6,” we needed a qualified candidate to replicate the display size. It just so happens that Motorola’s Moto X has a 4.7-inch display that matches up very closely with the fake display found on numerous iPhone 6 dummy units in the wild. After scouting our display, we took the bezel from an iPhone 6 dummy and modified it to show a clear 4.7-inch space that allowed the Moto X’s display to shine through.”

Of course the supposed ‘iPhone 6’ simulator is not scientifically as accurate as the real thing, it does nonetheless provide a closer look at how iOS could be represented when enlarged on a 4.7-inch display. While majority of sources have claimed that most of iOS will simply be enlarged to fit a bigger display. However, it is also equally possible that that Apple will take advantage of the higher resolution and larger size in apps like Safari.

Image: The Verge; Sonos Era speaker concept If you’re waiting for new Sonos speakers to launch in 2023, they are said to be coming soon, according to The Verge. The site says 2023 Sonos speakers will be called the Era 100 and Era 300, expected to launch in the coming months. These speakers were previously […]
Gary Ng
17 mins ago