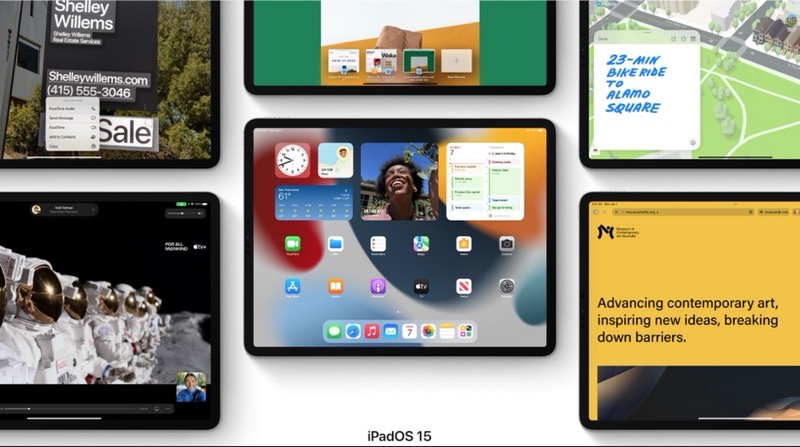 The iPad has been making massive strides forward in hardware, especially with the 12.9″ 2021 iPad Pro featuring a desktop System-on-a-Chip (SoC) in Apple’s M1. However, iPadOS hasn’t exactly been keeping up with these advancements, creating software bottlenecks in performance.

TechCrunch recently sat down with Apple’s Vice President of Worldwide Product Marketing, Bob Borchers, and Vice President of Intelligent System Experience, Sebastien (Seb) Marineau-Mes, to talk about how iPadOS 15 is designed to remedy exactly that situation.

SharePlay allows for better collaboration, Universal Control makes it easier for users to work seamlessly across Apple devices with the same input hardware and even drag-and-drop content between devices, and Apple has completely overhauled the multitasking interface in iPadOS.

“While pros I think were the ones who were using multitasking in the past, we really want to take it more broadly because we think there’s applicability to many, many folks. And that’s why the discovery and the ease of use I think were critical,” said Borchers about the direction Apple has taken multitasking in with iPadOS 15.

Focus Modes on iPadOS 15 are designed to make your tablet more intuitive, letting the iPad harness the power of its lightning-fast CPU to adapt how it behaves depending on what you are doing.

“I think we believe strongly in building a mental model where people know where things are [on iPad],” said Marineau-Mes.

Despite incorporating an entirely redesigned multitasking interface, iPadOS 15 will be keeping all of the old gestures for power-users and those who have become accustomed to them.

iPadOS 15 is currently in beta, and will be officially rolling out to compatible devices sometime this fall. Public beta testers will get their chance to test the OS in July.