According to a new report by DigiTimes, Apple’s component suppliers have begun shipments for ‘iPhone 14’ parts ahead of the lineup’s expected release in September (via MacRumors). 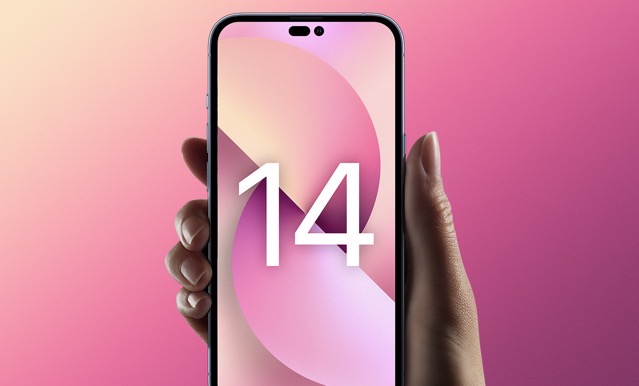 Citing industry sources, the Taiwanese publication is referring to components being shipped to manufacturers such as Foxconn or Pegatron for final assembly of the iPhone 14 over the next few months.

“Component suppliers have kicked off their shipments for the next-generation iPhone series slated for launch in September, according to industry sources,” notes the report.

The iPhone 14 Pro models will likely have the notch replaced by a new pill-shaped cutout and hole housing Face ID sensors and the front camera.

Apple has just published a new feature on how Chicago Lighthouse's 'Photography for All' program is using Apple technology to teach photography to teens who are legally blind or have low vision. Photography for All is part of the city’s One Summer Chicago youth employment initiative, which provides people ages 14 to 24 with internships...
Usman Qureshi
3 hours ago

According to an article published by The Wall Street Journal, Apple Pay adoption has now hit 75% of iPhones in the U.S., a number that has climbed up from only 10% in 2016 and 20% in 2017. Apple says that 90% of retailers across the U.S. now take Apple Pay, whereas only 3% of retailers accepted...
Usman Qureshi
3 hours ago

Less than four months after launching the product publicly, Snap is discontinuing the development of the Pixy flying selfie camera drone as it adjusts its product plans during the economic downturn (via CNBC News). Citing people familiar with the matter, the report was initially published by The Wall Street Journal, noting that the decision was relayed to...
Usman Qureshi
4 hours ago