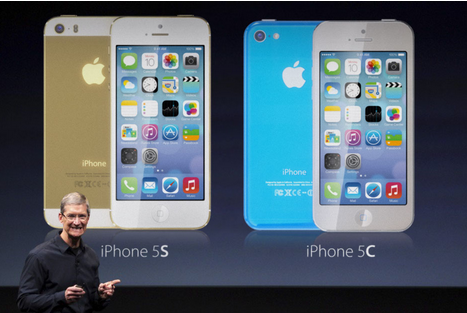 KGI Securities analyst Ming-Chi Kuo has released a new report predicting the specifications for Apple’s highly anticipated iPhone 5S upgrade. According to the report (via 9to5Mac), one can expect to hear the following upgrades at the September 10 iPhone event:

The RAM is said to be upgraded to faster LPDDR3 alongside the A7 chip to improve performance, compared to the LPDDR2 RAM and the A6 chip in the iPhone 5. Despite the faster RAM, the capacity will stay at 1GB, as Kuo deduces Apple’s control over both iOS and hardware will help maintain optimized performance levels.

It would be odd for Apple to choose gold for a third colour option as so far we’ve only seen black and white for both iPhones and iPads (earlier chatter has also mentioned a gold option; as far back as May purported SIM tray leaks hinted a new colour option could be coming) to date.

The extra 128GB capacity option would be welcomed with open arms by many iPhone users. With the iPad recently gaining 128GB storage options recently, it would be natural to assume this option will make its way to the iPhone.

Are we going to see a gold iPhone option–or does that just sound…crazy?