The iPhone 7 is expected to overturn the downward trend of iPhone sales, at least according an analyst from investment firm UBS. In a note issued to investors today, analyst Steven Milunovich expressed his belief that the iPhone 7 will bring 8% unit growth in fiscal 2017, which, he says, is close to the current Wall Street consensus (via AppleInsider).

After checking Apple’s financials for the last six years, the analyst concluded that the company’s “stock tends to correlate better with the next 12 months of Apple’s results than with six months.” As for Apple’s future, he says the “iPhone 8” will “cause a spike” in sales, estimating 16% growth year-over-year for fiscal 2018. 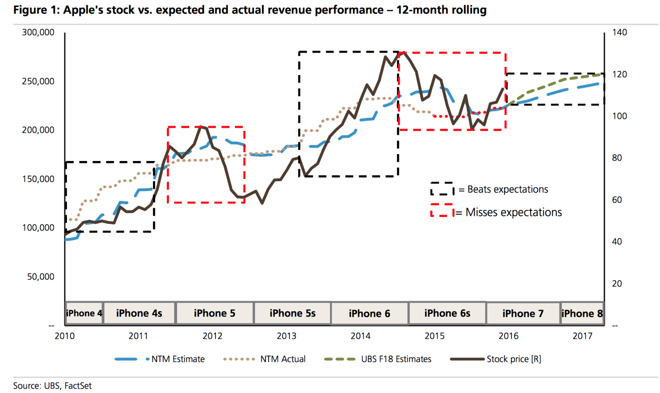 Looking further ahead into the near future, Milunovich forecasts revenue growth of 4%, thanks to the demand for the iPhone 7, which will also bring earnings per share of $9.30 in fiscal 2017. The analyst reiterated UBS’s “buy” rating for Apple stock and set a price target of $127.

Apple is expected to release a completely redesigned iPhone next year. The rumour mill has been suggesting that the handset will feature a glass front and back, and possibly an edge-to-edge display, and there are some whispers about the Touch ID sensor finding its way under the touchscreen, as well.

According to a report by MacRumors, Apple has updated its battery replacement policy for the sixth-generation ‌iPad mini‌, allowing customers to get their batteries replaced without requiring a device replacement. Prior to the announcement, if a customer wanted to get their iPad mini 6 battery replaced, Apple Stores, authorized service providers, and repair centers will give those...
Usman Qureshi
33 mins ago

A new Apple support video has detailed how you can use the iPhone's Safety Check feature to disconnect your device from people, apps, and devices you no longer want to be connected to. You can use Safety Check to check whom you’re sharing information with, restrict Messages and FaceTime to your iPhone, reset system privacy...
Usman Qureshi
45 mins ago